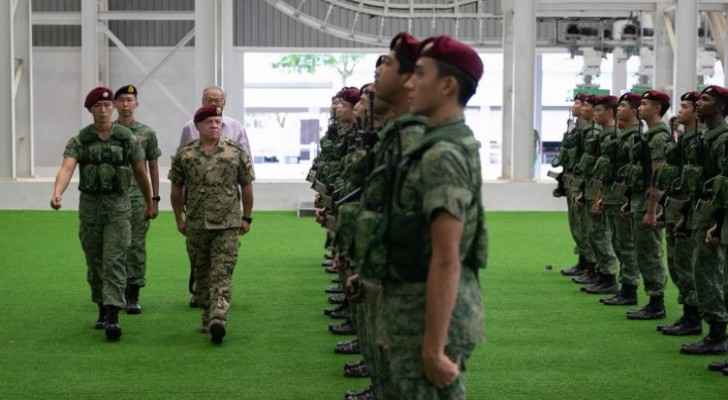 His Majesty King Abdullah on Wednesday visited the Singapore Armed Forces Commandos at Pasir Ris Camp, where His Majesty was briefed on the operational roles and capabilities of the Commandos unit.

During the visit, His Majesty attended a tactical exercise simulating an urban operation and a hostage rescue drill inside a residential complex.

Minister for Defence Ng Eng Hen, Minister for the Environment and Water Resources Masagos Zulkifli, Chief of Army Maj. Gen. Goh Si Hou, and a number of senior officers on the Singaporean side were also present.