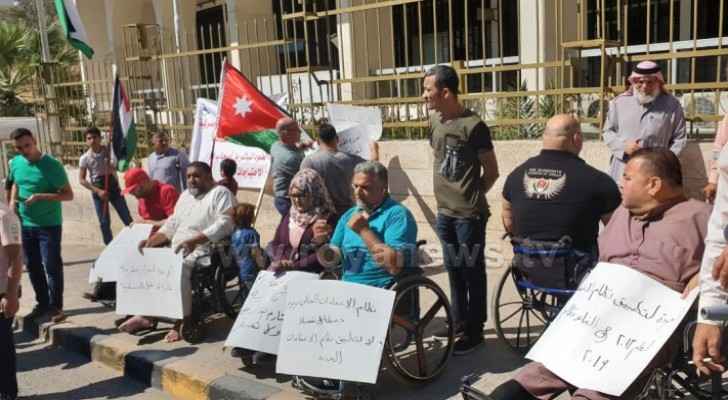 In front of the Ministry of Finance in Amman, a number of people with disabilities came out to protest against the 2019 Vehicle Exemption Regulations.

Protestors met with the Minister of Finance, Ezzeddine Kanakiria and the Director General of the Jordan Customs, Major General Abdulmajid Alrahamneh.

The majority of the people were in their wheelchairs, making their disability visibly shown while holding the Jordanian flag or banners in Arabic indicating statements that show their refusal to the regulations.

Protestors demanded the amendment of many of the articles of the system, including those related to the determination of ceilings for exempting the duties and taxes, as well as the engine capacity of the vehicle.

However, Protestors also called on the Ministry of Finance and the Jordan Customs to, at least, offer more flexible regulations in terms of those related to people who are authorized to drive vehicles although they are physically unable to.

Finance Minister: No taxes on citizens in 2020 budget

Finance Minister: No taxes on citizens ....