Killer of two Muslim Jordanians, Syrian in North Carolina gets life in prison 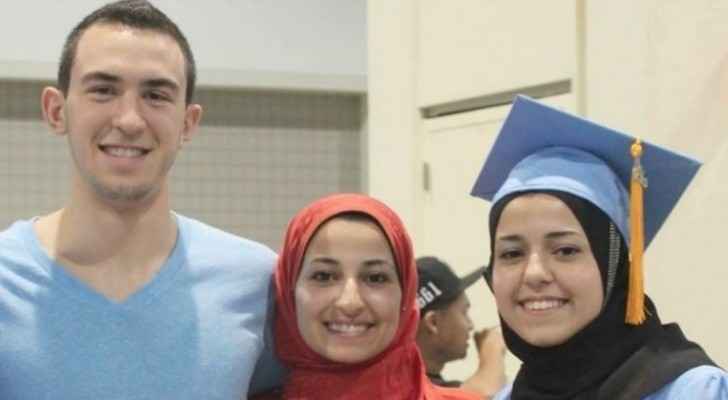 A North Carolina man was sentenced to life in prison without the possibility of parole after pleading guilty on Wednesday to the murders of three young Muslims in a 2015 case that drew the condemnation of then-President Barack Obama.

Craig Hicks, 50, accepted the sentence after prosecutors in Durham declined to seek the death penalty for the murders, which he told investigators at the time were prompted by a dispute over a parking space, but which prosecutors argued were motivated by bias.

The February 2015 murders of a newlywed Muslim couple and the wife’s sister drew international attention and raised concerns among some Muslim advocates in the United States.

A few days after the murders, Obama called the killings "brutal and outrageous murders" in a statement in which he offered condolences to the victims’ families.

"No one in the United States of America should ever be targeted because of who they are, what they look like, or how they worship," Obama said.

With the courtroom packed with family and friends of the victims, including many women wearing hijabs, prosecutors argued that Hicks was driven to murder by his hatred of people of color, despite his claim that he became enraged when other cars were parked in his reserved spot at his apartment complex.

"It is about malice and intent," Durham County District Attorney Satana Deberry told the court. "It is not about parking."