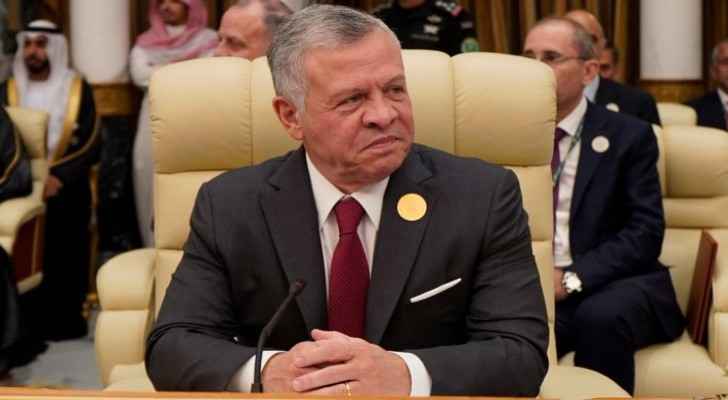 His Majesty King Abdullah returned to Jordan on Saturday after heading Jordan’s delegation at the emergency Arab Summit and the 14th Session of the Ordinary Islamic Summit Conference of the Organisation of Islamic Cooperation in Mecca.

At the emergency Arab Summit, King Abdullah, in his speech, affirmed Jordan’s support for its Arab brothers in defending their interests and safeguarding their security and stability, expressing the Kingdom’s firm rejection of any attempts to meddle in the internal affairs of Arab states or threaten their sovereignty or security in any way.

His Majesty said regional stability cannot take place without a just and lasting solution to the Palestinian cause, based on the two-state solution and the Arab Peace Initiative.

In his speech at the 14th Session of the Ordinary Islamic Summit Conference of the Organisation of Islamic Cooperation, held under the theme "Hand in Hand toward the Future", the King said the Summit comes at a time "when aligning our positions and efforts is most needed to enable our Palestinian brothers to attain their just rights, and to support their steadfastness."

His Majesty added that the Arab Peace Initiative, adopted by Organisation for Islamic Cooperation member states, "reaffirms our commitment to a just and comprehensive peace based on the two-state solution as a strategic option that guarantees the rights of our Palestinian brothers, fulfils their legitimate aspirations to establish their independent state on the 4 June 1967 lines, with East Jerusalem as its capital, and addresses all final status issues, foremost of which are Jerusalem and refugees."

Earlier during the visit, the King performed Umra in Mecca.