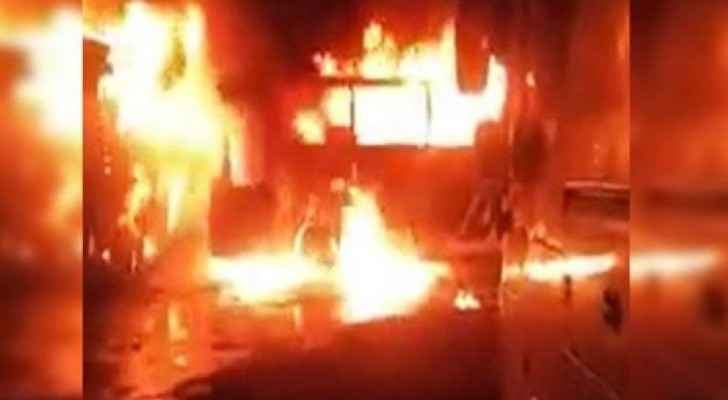 Spokesman for the General Directorate of Hajj and Umrah Services, Yusuf Al Qudah, said on Wednesday, May 29, 2019, that a bus carrying Jordanian citizens on Umrah in Saudi Arabia was set ablaze.

Qudah stated that a Saudi bus caused the fire, stressing that no human injuries were reported.

He stressed that the Ministry of Awqaf Islamic Affairs and Holy Places is following up on the procedures for securing a safe return to the citizens to Jordan after they perform Umrah, pointing out that the representative of the Awqaf Ministry in Mecca is also following up closely on all the causes of the incident.

A video circulated over social media platforms showing the moment when the fire broke out.