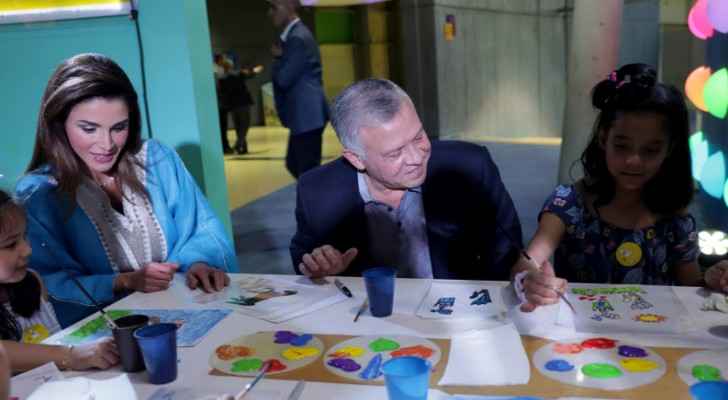 Their Majesties King Abdullah and Queen Rania Al Abdullah hosted an iftar on Wednesday at the Children’s Museum-Jordan for a group of orphans from Ministry of Social Development institutions and beneficiaries of the Zakat Fund from around the governorates.

Their Majesties checked on the orphans and listened to their concerns. They also attended part of the entertainment activities held for the children ahead of iftar.