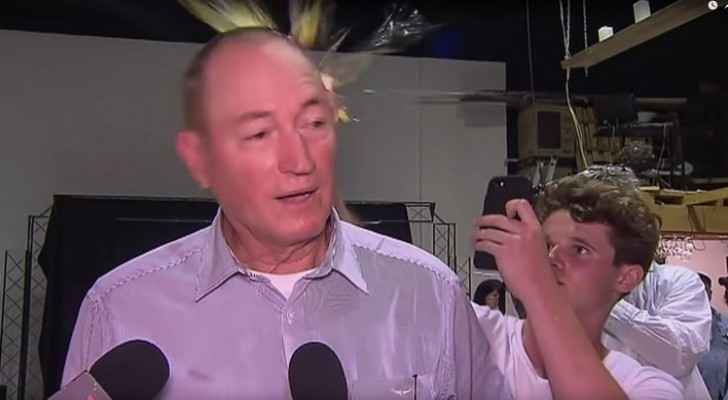 The Australian teen dubbed "Egg Boy" for smashing an egg on the head of a far-right politician on camera says he will donate 100,000 Australian dollars ($69,000) to the victims of the Christchurch mosque attacks.

Will Connolly gained international prominence after egging Australian Sen. Fraser Anning, who had blamed the massacre on immigration policies that "allowed Muslim fanatics to migrate to New Zealand in the first place."

Anning's comments sparked widespread outrage and condemnation in Australia, the home nation of Brenton Tarrant, the man charged with murder in connection with the terrorist shootings at two New Zealand mosques that killed 50 people.

In footage shot by Connolly that went viral, Anning is left with raw egg dripping down his back and the front of his shirt at a Melbourne news conference.

Anning is seen punching the teenager in the face and then taking another swing before the two are separated. Connolly is tackled to the ground.

The encounter occurred a day after the massacre.

Connolly said two GoFundMe pages were subsequently set up to help him cover his legal expenses and to "buy more eggs." Connolly says he had no legal fees because he was represented pro bono, and no charges were filed against him, so he chose to donate the money to the victims of the attack.

"After a huge amount of red tape, $99,922.36 has today been transferred to the Christchurch Foundation and Victims Support," he said in his Instagram post.

"To the victims of the Tragedy, I whole heartedly hope that this can bring some relief to you."