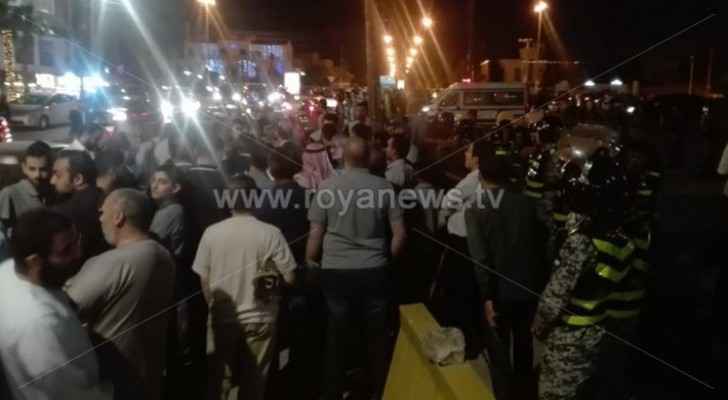 The Islamic movement and popular movements have staged a sit-in in front of the U.S Embassy in Amman on Tuesday evening, May 28, 2019.

Organizers of the sit-in said they protested against the visit of Senior Advisor to the US President Donald Trump, Jared Kushner to Jordan scheduled on Wednesday, May 30, 2019, the so-called "Deal of the Century" and the US-led Bahrain "workshop" to encourage investments in the occupied Palestinian territories.

The White House has earlier announced that Kushner was planning to visit Rabat, capital of Morocco, Amman and Jerusalem this week.

A White House official, speaking on condition of anonymity, said that Kushner will accompany Trump's envoy to the Middle East, Jason Greenblatt and the US Special Representative for Iran, Brian Hook during his visits.