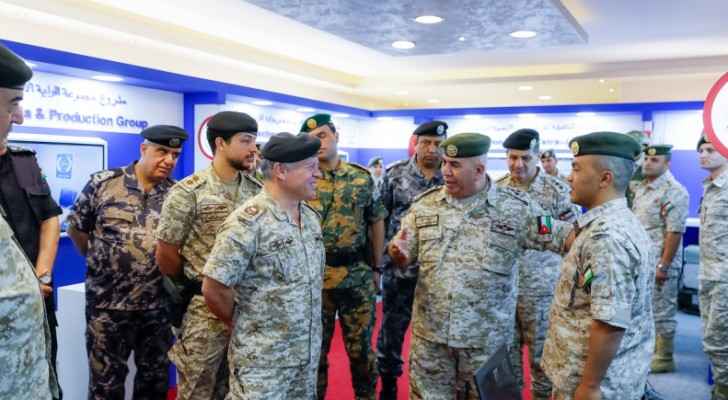 His Majesty was briefed on the commission’s duties and the technology it utilizes.

The King also toured the commission’s facilities and was briefed on the electronic services it provides to public and private entities.

Moreover, His Majesty toured an exhibition showcasing the commission’s achievements and projects.

During the visit, the King spoke by phone to a Royal Border Guards unit, commending the high morale and distinguished level of JAF personnel.

His Majesty also conducted a video call with Minister of Education and Minister of Higher Education Walid Maani to discuss the project to equip schools across with Kingdom with e-learning capabilities.