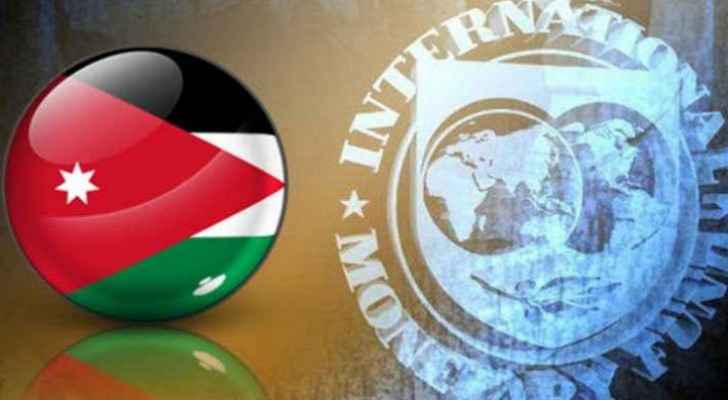 International Monetary Fund (IMF) Mission Chief to Jordan, Martin Cerisola, said on Wednesday, May 15, 2019, that "there are many signs of improvement in economic performance though Jordan is facing difficult circumstances and pressing challenges."

In an interview with Jordan News Agency (Petra), Cerisola, in a telephone call from Washington, affirmed the improvement was reflected in higher exports, increased tourism income and remittances of workers abroad, simultaneous with the approval by the Board of Directors of the IMF for the second review of the performance of the national economy.

He noted the situation is still "difficult" and there are challenges that require the Jordanian government to proceed with the implementation of reforms agreed with the Parliament last year, adding 2018 was particularly difficult, but in 2019, Jordanians began to see positive signs of improvement in economic performance such as high revenues from the tourism sector, expats remittances, and exports to Iraq and some Gulf countries.

With the continued and consistent implementation of the necessary reforms, living standards will improve, enabling the government to redirect funds to priority sectors such as education, health and social programs, he pointed out, noting the IMF is working hard to urge the donor community to continue supporting Jordan financially to help Face the refugee crisis and its reform efforts.

On the completion of the second review of Jordan's economic performance, Cerisola said: "Jordan has an opportunity to focus on implementing reforms and policies that will help reduce public debt, create job opportunities for youth and women, and achieve comprehensive growth".

The IMF official stressed the importance of giving priority to measures to reduce tax evasion, axe cost of employing Jordanians, increase employment opportunities, and implement the roadmap for the reform of the National Electricity Company (NEPCO) to reduce the high electricity costs on companies.

Moreover, he underscored the importance of completing reforms with a "good" social protection program aimed at protecting the unprivileged and middle classes.

Cerisola noted the Board approved the extension of the current program (extended facility) for an additional period of 7 months ending in March 2020, where the Kingdom will begin negotiations with the IMF on a new program for which consultations have not begun and its terms are not yet clear.

"The second review has been adopted, especially since the Kingdom has maintained stability in a complex economic environment and economic and political challenges," said Cerisola, adding the outlook remains difficult because economic growth remains "low, unemployment is high and the region still suffers from complications."

Cerisola noted: "2019 is the year of implementation, the year to return to reduce the budget deficit," adding the new Income Tax Law is applied effectively, and if the government continues to do so, it will pave the way to fight tax evasion, and this not only helps to slash the deficit and public debt but also helps to spend on education and health, in a bid to increase citizens' living standards.

Discussing the role of private sector, Cerisola said one of the most important challenges is the rise in the unemployment rate to high levels, noting the high unemployment is due to the decline in the level of economic growth and the high cost of employment in companies, especially small and medium, which requires the government's efforts to reduce the cost and pay more attention to these firms to create jobs.

The focus on these issues (unemployment and labor market reform) is gradually achieved with an improvement in external conditions, including the increase of the level of Jordanian exports to Iraq and the Arab Gulf countries, he pointed out.

The continuation of reforms, which was agreed, will contribute to improving economic performance in 2019 and next year, also in the citizens' living standards and conditions, he noted.

Commenting on the impact of the London conference on the Jordanian economy, Cerisola said the event was an important success in ensuring that international investors commit themselves to invest in Jordan and the IMF has played a key role to bring together donors to provide support for Jordan in 2019 and 2020, and to pledge to sustain the assistance in the future.

The conference witnessed the participation of the IMF Director General, Christine Lagarde, who played an important role in explaining the opportunities and procedures of the Jordanian government and its future plans to ensure the necessary assistance to the Kingdom.

The economic growth rate in the first quarter was in line with the IMF's expectations," he said, adding: "We do not see any evidence that the economy is in a difficult situation. Indeed, the indicators we have identified reflect the improvement in the environment, and the decrease in inflation doesn't reflect a decline in demand, but reflects the plunge in world prices, including food. "

"I am not worried about the inflation rate, although it is below the IMF's expectations, so we will continue to monitor inflation, which we expect to pick up again," he said.

Discussing growth stimulation, Cerisola pointed to the factors that will help and support growth, including opening the border with Iraq, reducing the cost of exports in terms of transport, and low level of interest rates in emerging markets, compared to the level of the end of last year, all with the increase in the value of remittances of workers in other countries.

"Citizens can not continue to wait, they must see tangible improvements. These improvements will not only come from improving the environment and conditions, which are beyond the Kingdom's control, but also from direct measures and reforms by the government, " he pointed out.

"But, if we want inputs to the economy, NEPCO's and labor market reforms must be treated as important," he said, adding there are measures that, through long-delayed legislation, such as the Loan Guarantee Act, the Bankruptcy Law and the Inspection Act, help to stimulate the economy and help citizens feel a tangible improvement in the living standards.

Cerisola praised the monetary policy that works well in maintaining the balance in supporting the economy and the interest rate.