Study: Polygamy is 'uncommon' in Jordan

Study: Polygamy is 'uncommon' in Jordan 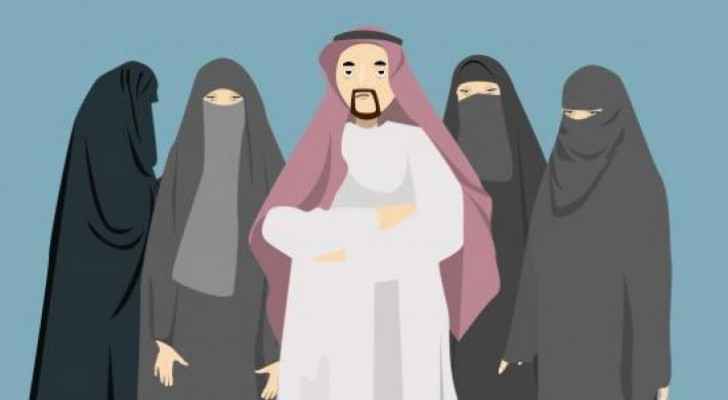 The Jordanian Department of Statistics (DOS) revealed a low percentage of polygamy (the practice of having more that one wife at the same time) in Jordan between the years 2017 and 2018.

According to the Population and Family Health Survey 2017-2018 conducted by the DOS, only 4% of currently married women reported that their husbands have more than one wife.

According to the study, which was reviewed by Roya, only 1% of men, who the study was conducted on, reported that they are married to more than one woman.

The study was conducted on currently married women and married men, aged between 15 years to 49 years.

According to the study, the Aqaba governorate has the lowest rate of polygamy, which amounted to only 2%, while Mafraq governorate topped the highest proportion in Jordan, in terms of polygamy.

The percentage of polygamy in Jordan by governorate was found as follows: