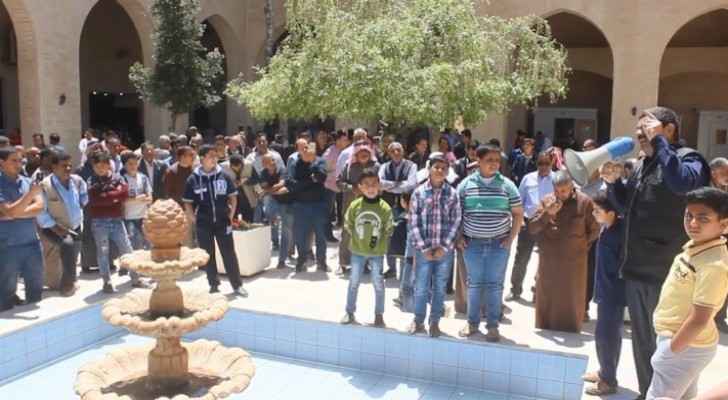 Tens of Jordanian citizens have organized a protest in Southern Mazar District in Karak governorate after Friday prayers, on May 10, 2019, rejecting the recent reshuffle of Prime Minister Omar Razzaz's Cabinet, considering that the reshuffle did not bring anything new and does not guarantee a change of the government's approach.

Participants in the protest expressed their resentment at the third reshuffle, which they considered a provocation to all citizens, pointing out that reappointing some ministers is a challenge to the will of Jordanians and their voice.

Participants also called on PM Razzaz to release all activists who are currently in prison.

During the protest, citizens also stressed that during the difficult living conditions suffered by Jordanians, the government had to change the existing approach, instead of making a reshuffle.

Cabinet accepts resignation of Head of Legislation and Opinion Bureau