Video: Two taxi drivers caught after getting out of vehicles, walking next to them in motorcade

Video: Two taxi drivers caught after getting out of vehicles, walking next to them in motorcade 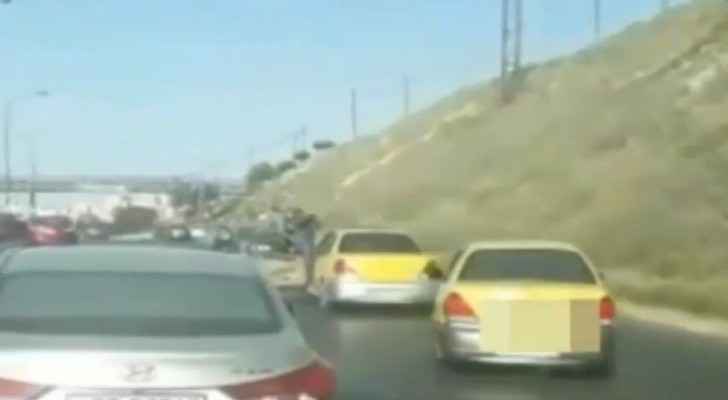 A video circulated over social media platforms showing two taxi drivers committing a traffic violation of driving in a motorcade while opening the taxis' doors, getting out of the taxis and walking next to them.

Spokesman for the Public Security Directorate (PSD) said that the members of the Central Traffic Department (CTD) launched an investigating into the incident.

The spokesman added that upon the investigation and the gathering of information, the two taxis had been impounded at the CTD in preparation for taking the legal and necessary measures.