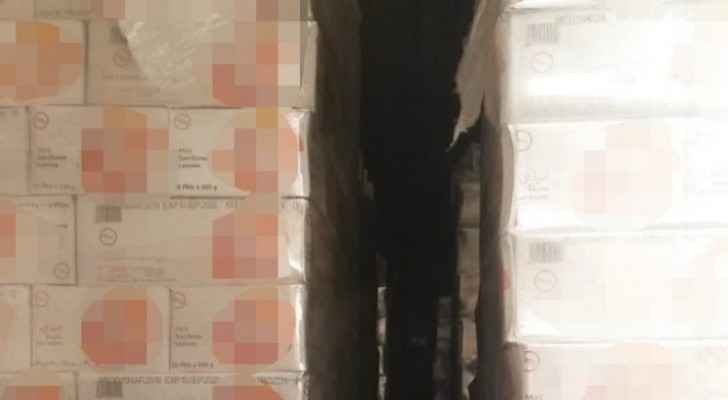 Officials of Omari Customs Office managed to thwart the smuggling of a refrigerator loaded with 12 tons of spoiled "Sambousek," a small pie, served as an appetizer or snack, usually filled with ground beef or lamb but can be filled with feta and other cheeses, that had been re-exported after being rejected by Jordan Food and Drug Administration for not conforming to the standards and conditions of public health.

Omari Customs said in a statement on Sunday, May 5, 2019, the fines imposed on the seized goods were estimated at about JD 31,000.

The statement added that the smuggler tried to import the seized quantity by exploiting the facilities provided by the Customs to complete transactions of the merchandise within its plan for the holy month of Ramadan.

Director of Omari Customs, Dean Salem Al-shalol, pointed out that the seizing process is a result of the sense of security of Customs officers, the constant vigilance and diligent work which aim at protecting the national economy and maintaining the health and safety of citizens.

For his part, the Director General of the Jordan Customs, Major General Abdulmajid Alrahamneh stressed the efficiency and professionalism of the customs cadres working in the directorates and customs offices.

Alrahamneh explained further that the Customs and all its directorates and cadres are exerting the maximum efforts and potentials to combat smuggling and illegal trafficking through rehabilitation and training of staff to deal with various smuggling methods, in order to safeguard the interests of the homeland and the Jordanian citizen.