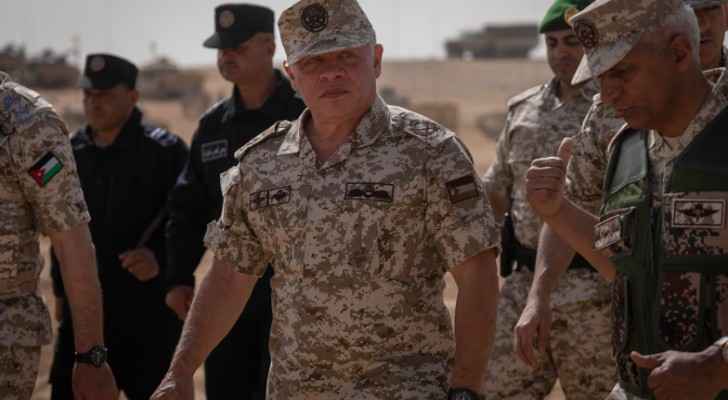 King Abdullah joined his brothers in arms for part of the drill, participating in a marksmanship exercise.

His Majesty expressed pride in JAF personnel, commending their readiness and high morale.

The King also met with retired brothers in arms who served with His Majesty on the Second Royal Armoured Battalion, joining them for breakfast.

During his military service, the King, in 1992, became commander of the Second Royal Armoured Battalion.

A number of senior military officers and heads of formations in the Central Military Region attended the exercise.