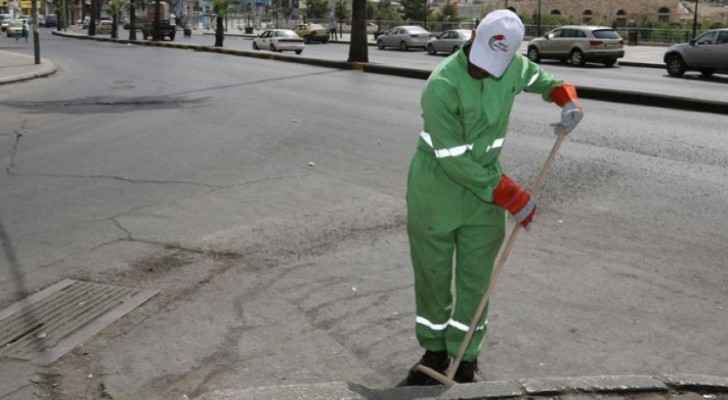 Al-Arda New Municipality has decided on Tuesday, April 30, 2019, to give each binman who works for the Municipality a JD 50 bonus, as a token of appreciation for their hard work and in celebration of the Labour Day observed on the first of May of each year.

Al-Arda Mayor, Hisham Al-Manaseer stressed that the Municipality is aware of the role played by the workers of the homeland and the extent of the risks they face in the service areas, especially in the main streets and traffic medians, pointing to Municipality's interest in educating homeland workers with occupational health and safety standards.

Director of Al-Arda district, Adel al-Balawneh said that this reward is to show respect and appreciation of the workers' efforts in keeping the area clean since it is considered as a tourist site.

Binman Mamdouh Mashahreh thanked the Municipality for the reward during his speech on behalf of the rewarded workers, pointing out that the reward motivates them and pushes them into being more dedicated and keeping the area clean.