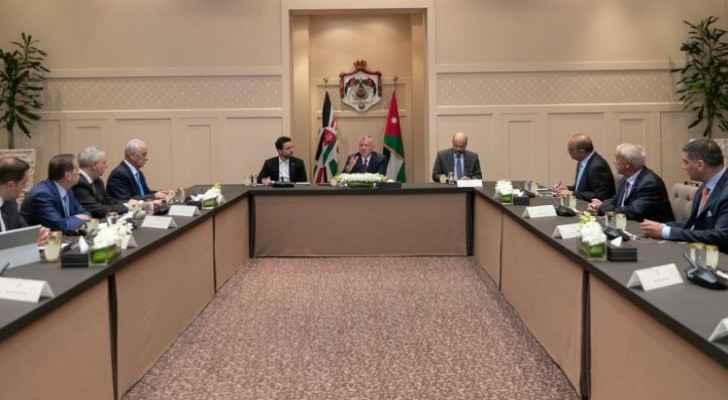 His Majesty King Abdullah, accompanied by His Royal Highness Crown Prince Al Hussein bin Abdullah II, met on Monday with private sector representatives to discuss national economic plans, as part of an ongoing series of outreach meetings on the economy.

During the meeting, attended by Prime Minister Omar Razzaz, King Abdullah stressed the important role of the private sector in enhancing trust in and optimism over the economy, especially considering its resilience in overcoming challenges caused by regional conditions.

His Majesty called for building momentum for economic growth and refocusing efforts towards job creation.

The King noted Jordan’s trade ties with countries in the region and around the world, calling for capitalizing on them to improve economic conditions and increase exports while attracting investments.