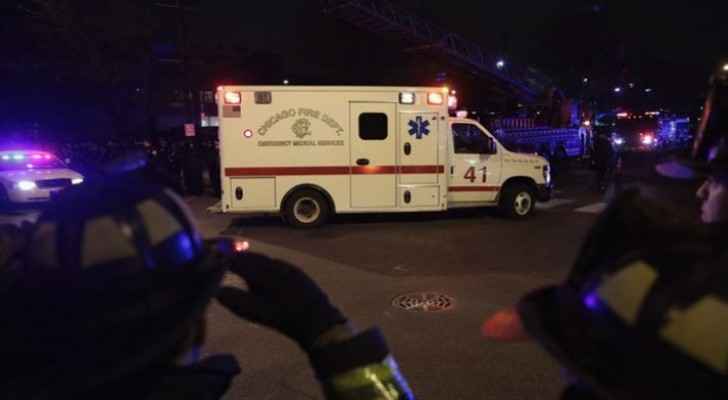 One person died and three others were injured as a man walked into a Chabad synagogue near San Diego on Saturday, April 27, 2019, and began shooting people inside, according to MSNBC News.

Among the four people shot was a 61-year-old woman who died, while a girl and two men, including a rabbi who was shot in the hand, were stable.

According to MSNBC, the 19-year-old suspect, John T. Earnest was in custody, authorities said.

"Earnest is a student at the California State University San Marcos," the school's president said.

"The suspect was with an AR-type assault weapon and opened fire on the people inside the synagogue," said San Diego County Sheriff Bill Gore said.

"I looked to the entrance and I saw a guy. He was like 5'6, 5'7, white, with glasses and a vest on, and I think it was an M16," according to an eyewitness who was inside the synagogue as the gunfire erupted.

As the gunman fled the Chabad of Poway, an off-duty Border Patrol agent in the area fired at him, hitting his car, MSNBC stated.

"A San Diego police officer was heading to the scene when he overheard on a scanner that a suspect had called the California Highway Patrol to report that he was involved in the shooting and gave his location."

The officer immediately went to the location and saw the suspect in his vehicle. The suspect pulled over, jumped out of his car with his hands up and was immediately taken into custody.