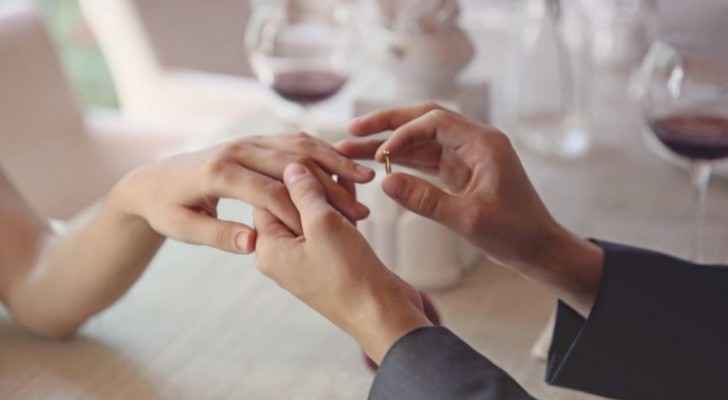 Statistics issued by the Sharia Court revealed on Sunday, April 28, 2019, that 19 Jordanian women were married to "Israeli" men in 2018.

The same figures showed that Amman and Irbid Governorates have witnessed the highest number of women who got married to 1948 Palestinians who hold Israeli citizenship, while Karak, Ma'an, Tafilah, Madaba, Ajloun, and Jerash did not witness any.

At the Arab level, the figures also revealed that about 1604 Jordanian women were married to Palestinian men in 2018.

However, statistics also showed that the number of marriages to Syrian men was ranked second after marriages to Palestinians, followed by Egyptians, Saudis, and Iraqis.