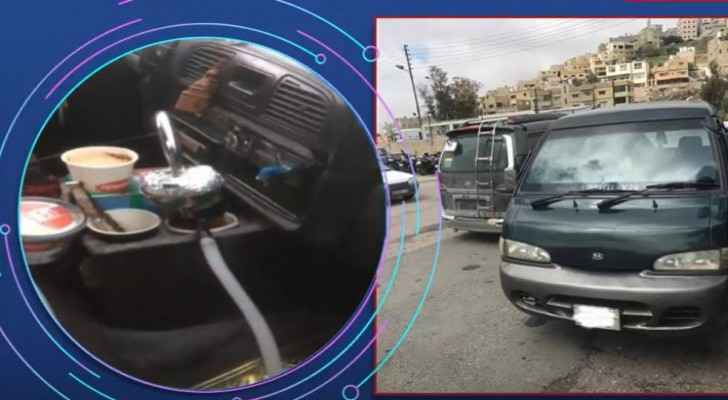 Members of the Central Traffic Department (CTD) caught a minibus driver drinking shisha while driving in the Sweileh area of Amman, on Thursday, April 25, 2019.

A spokesman for the Public Security Directorate (PSD) said that the driver was indifferent to his and other citizens' safety, adding that the driver's bus has been impounded and the necessary legal actions will be taken against him.

The media spokesman for the PSD praised the Jordanian citizens' cooperation in monitoring the traffic violations committed by drivers, which in turn helps the cadres of the CTD to catch and take the necessary measures against those violators so as to ensure that such violations will not be repeated.