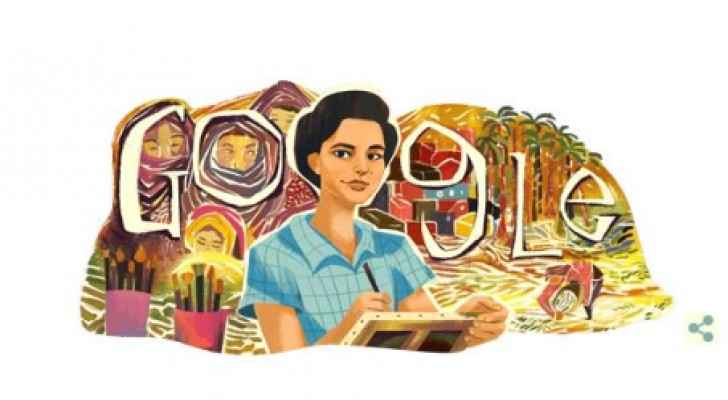 Google celebrates on Tuesday, April 16, 2019, what would have been the 95th birthday of Inji Aflatoun, one of Eygpt’s best-known artists and activists in the women’s movement.

Inji Aflatoun was born in Cairo, April 16, 1924, in an upper-class Francophone family and her paintings greatly reflected the struggles of the working class in Egypt.

Upon noticing her passion for art and painting, her parents put her under the mentorship of artist Kamel al-Timisani, who introduced her to surrealist and cubist aesthetics.

Her early work pictured a surreal and scary universe, with women running away from fires, dark imagery, and storms.

Aflatoun was also a pioneering feminist and activists who worked to ensure that women's rights were kept in mind as Egypt moved away from British rule up until the UK military made a complete exit in 1952.

In the early 1940s, Aflatoun joined the youth communist movement, Iskra, and in 1945, she represented a Cairo group of women at the first conference of the Women's International Democratic Federation in Paris.

Aflatoun was arrested in 1959 during Nasser’s roundup of communists, and when released, she devoted most her time to painting.

Inji Aflatoun died in  April 17, 1989, just one day after celebrating her 65th birthday.