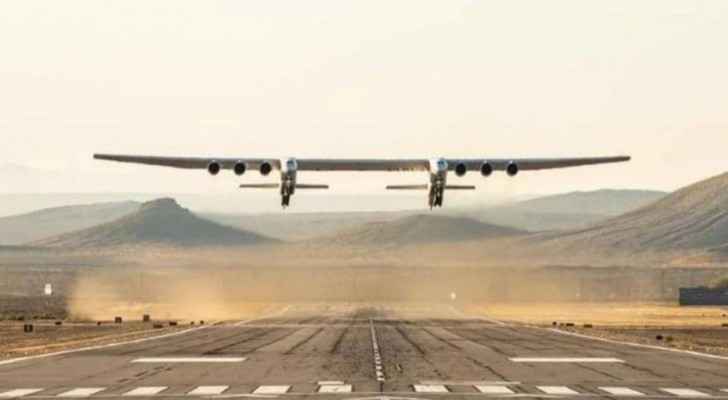 "A giant six-engine aircraft with the world's longest wingspan has carried out its first flight in California on Sunday, April 14, 2019," according to Sky News English.

The massive airplane, which was made by Stratolaunch, a private launch company, and which is designed to launch rockets into orbit, lifted off from Mojave Air and Space Port on Saturday, April 13, 2019.

The mega-jet, called Roc, is considered the largest airplane ever, since it has a wingspan bigger than a football field.

"The airplane is designed to release up to three rockets attached to the center of its enormous wing, which stretches 385ft (117m) - the longest of any aircraft," Sky News stated.

The rockets would be released at around 35,000ft, where they would ignite their engines and blast into space.

The jet stayed aloft for more than two hours, hit a maximum speed of 189mph and flew at altitudes of up to 17,000ft (5,181m) above the Mojave Desert while its performance and handling was evaluated, Stratolaunch company said during a press release.

Israeli fighter jets did NOT shadow ....