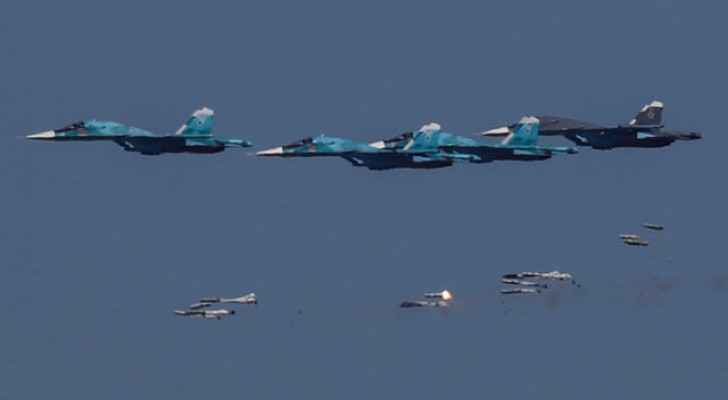 Russian warplanes launched a series of raids late Saturday in which they destroyed targets for armed terrorist groups in the countryside of the Syrian province of Idlib, according to a Russian military source.

The source told "Sputnik" that Russian warplanes bombed 14 sites and ammunition warehouses of the militants of the Al-Nusra Front in Idlib.

"Reconnaissance aircraft monitored the militants' attempt to stockpile weapons and ammunition and transfer fighters near the city of Jericho in the southern suburb of Idlib, which called for a direct interaction through several air strikes" the source added.

Local sources in Idlib said that the sounds of explosions were heard throughout the province due to the series of air strikes, noting that dozens of terrorists were either killed or injured.