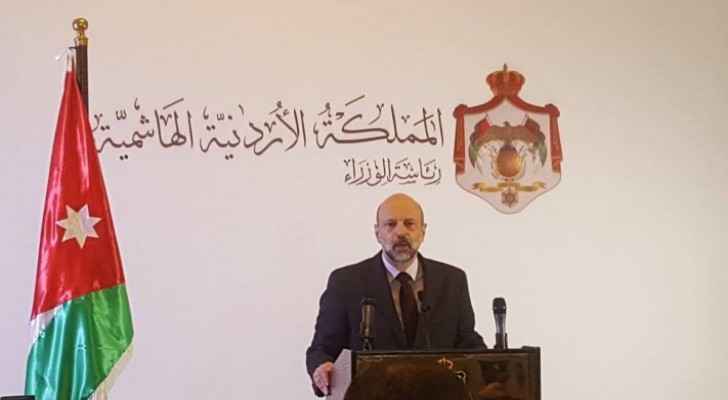 During a press conference held on Tuesday, April 9, 2019, at the Prime Ministry's building, Prime Minister Omar Razzaz said that the challenges facing Jordan did not exist out of a sudden, stressing that the current situation requires patience and joint effort.

"We have to stand shoulder to shoulder and believe that there will be a bright future for our children. We are definitely able; however, intensive efforts are needed," Razzaz said.

During the conference, Razzaz discussed the Jordanian government's policies towards a number of local issues.

"We are working on finding radical and structural solutions towards our longstanding issues, which require patience and a participatory effort," Razzaz stated.

Razzaz focused on "employment," which is the most important topic that constitutes the biggest concern of Jordanians.

Razzaz added that the government had offered 8,016 job opportunities since the first quarter of 2019.

"Jordanians should also try to find jobs in the private sector for its great role in providing job opportunities," Razzaz noted.

Razzaz revealed that 80 cases have been referred to the Integrity and Anti-corruption Commission since the beginning of 2019, stressing that "it is illogical to reach the twenty-first century and nepotism (wasta) and favoritism still exist in our society.

Razzaz also revealed that 15.7% of Jordanians are under extreme poverty.