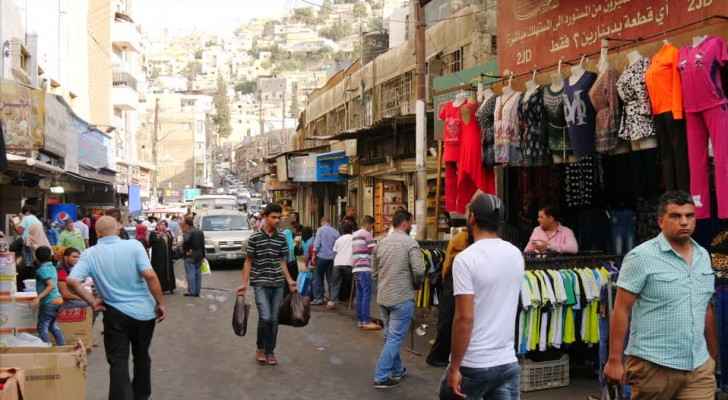 "In the first quarter of 2019, there was a significant drop on the demand on clothes," Dayeh told Roya in an exclusive statement, adding that "the recession was not limited to sales, but there was very little demand on imported clothes.

When talking about online clothes stores in Jordan, Dayeh responded that "there is a big mess in online sales sector, since the government was unable to take control over the sector.”

He pointed out that there are counterfeit goods that are sold online to Jordanians as an original, adding that the institutions exporting such goods to Jordan are not allowed to sell original brands in many countries, but are sent to Jordan via postal packages through online sales.

Dayeh explained that these packages were approached by citizens for their low price, believing that they are original goods and that fees and customs were not added to them.

In his statement to Roya, GTA president stressed that the association had repeatedly demanded the government through official letters to adopt legislation and regulations that control online sale in the Kingdom, but to no avail.

He pointed out that the online sale without regularities caused great damage to the clothing sector in the Kingdom, and was the reason behind the exit of investors and the closure of branches of global brands.

Dayeh revealed the threat of some global brands to leave Jordan if the government does not approve legislation to regulate online sale of clothing "replicas" that harm their investments in Jordan.