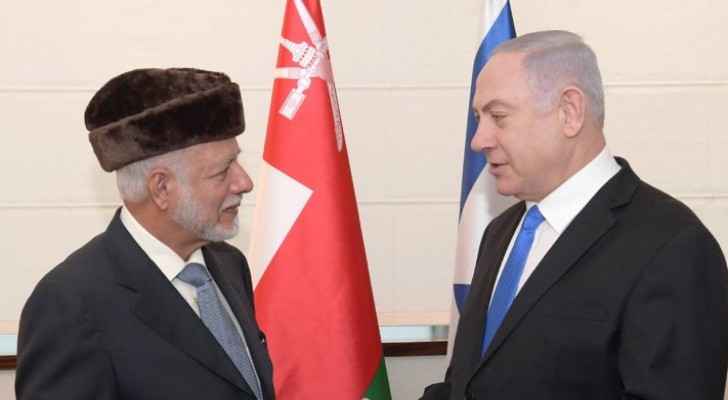 Omani Foreign Minister Yusuf bin Alawi bin Abdullah called for reassuring Tel Aviv and allaying its fears in the Arab region during the World Economic Forum on the Middle East and North Africa (WEF MENA) held in Jordan on Saturday, April 6, 2019; however, Minister of Foreign and Expatriates Affairs Ayman Safadi responded that "If Israelis say they are uncomfortable, it is none of my concerns."

Alawi said during his speech at WEF that Tel Aviv was able to get everything from the international community and has obtained all means of power. "But it is not reassured for its future as a non-Arab state in an Arab environment," he added.

"We Arabs must have the ability to allay these fears with real procedures and agreements between us. We must consider how to encourage the state of Israel to feel as if its a part of the Middle East,” he added.

"Israelis have difficulty in trusting Arabs," Alawi said. "Tel Aviv feels that it is located in an area that threatens its future, which is not true."

"We and Palestinians must help dispel their fear which threatens them."

Alawi explained that "I do not call for recognition, but we want Israelis to feel that there are no threats to their future. We and the Palestinians must help the Israelis overcome this fear,"

Foreign Minister Ayman Safadi responded to Omani Minister "Arabs and Palestinians have recognized Israel. The issue remains that there is an occupation. Will this occupation end or not?"

"What additional guarantees does Israel need?" Safadi continued, “The entire Arab world, along with the 57 members of the Organization of Islamic Cooperation (OIC), said that we are ready to ensure Tel Aviv's security in exchange for its withdrawal.”

"In order to achieve this, Tel Aviv government must withdraw from the Arab territories occupied since 1967 and allow the establishment of a Palestinian state, That is the issue."

"If Israelis say they are uncomfortable, it is none of my concerns," Safadi confirmed.