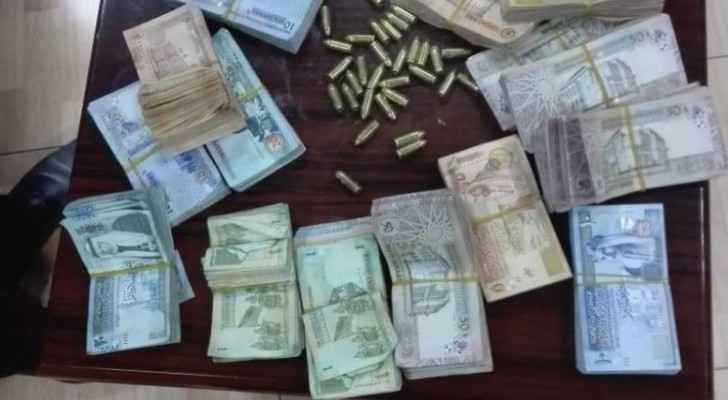 Members working for the Criminal Investigation Department (CID) were able to identify on Wednesday, April 3, 2019, the perpetrators who have robbed JDs 54,000 at gunpoint form two employees working for a dairy company in the Marka area of Amman on Sunday, March 31, 2019.

The CID members arrested two of the perpetrators and recovered most of the amount stolen; however, one is still at large.

A media spokesman for the CID said that after receiving a report of the robbery by unknown persons, a special team began an investigation into the incident and started gathering information.

One person was first suspected and arrested, admitting to the crime together with two other suspects.

Investigation into the incident is still ongoing until the third perpetrator is caught.