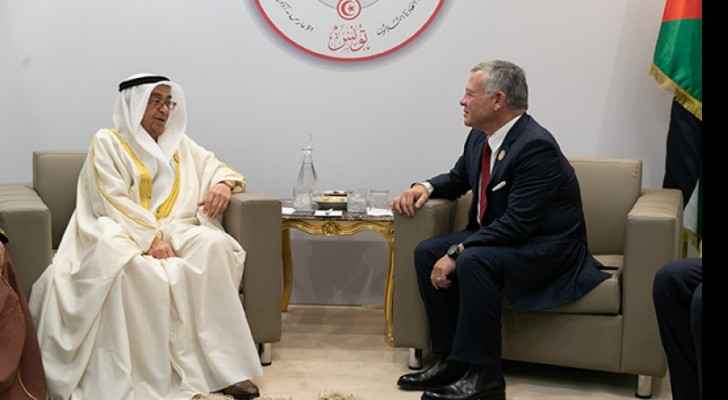 Discussions covered the strong ties between Jordan and Bahrain, and the importance of maintaining coordination.

King Abdullah asked Sheikh Mohammed to convey his greetings to King Hamad bin Isa Al Khalifa of Bahrain, and his wishes of prosperity and progress for the people of Bahrain.

His Majesty stressed the need to bolster joint Arab action and unify positions on challenges facing the Arab world.

The meeting, attended by senior officials on both sides, also covered the importance of reaching political solutions to regional crises.