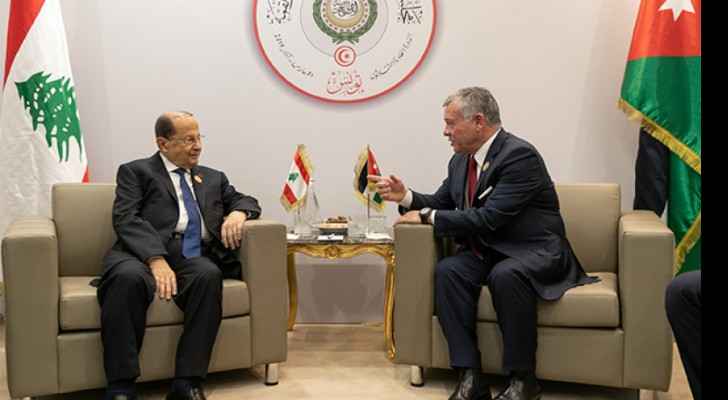 His Majesty King Abdullah’s meeting with Lebanese President Michel Aoun in Tunis on Sunday focused on bilateral ties and the latest regional developments.

During the meeting, held on the sidelines of the 30th Arab Summit, King Abdullah and President Aoun affirmed the strong ties between the two countries and the importance of expanding cooperation, especially in economy and trade.

The Palestinian cause and the need to unite Arab efforts and positions in response to regional challenges were also discussed.

In addition, the meeting covered the Syrian crisis and means to reach a political solution that preserves the territorial integrity of Syria and the unity of its people, while ensuring the safe return of refugees and international support for host countries.

The importance of regional and international efforts to counter terrorism within a holistic approach was also stressed.