Pope, Moroccan King affirm importance of Jerusalem to all faiths

Pope, Moroccan King affirm importance of Jerusalem to all faiths 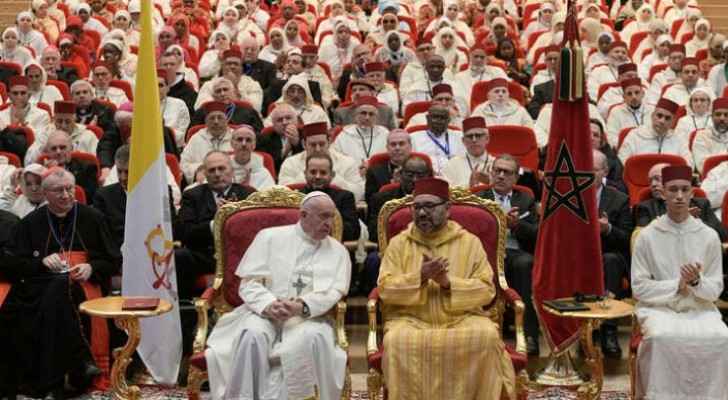 Pope Francis and Moroccan King Mohammed VI called for preserving Jerusalem as a multi-religious city and said that it should stay a “symbol of peaceful coexistence” for Christians, Jews, and Muslims.

In a joint statement signed on the first day of Pope Francis' visit to Rabat, the Pope and King Mohammed VI shared their deep concern about Jerusalem's spiritual influence and status as a city of peace and emphasized the “unique and sacred character” of Jerusalem.

“The three Abrahamic religions were not created to be tolerant of one another out of some unavoidable fate or out of courtesy to one another,” King Mohammed said, but “to open up to one another and to know one another.

The Vatican supports a solution to the Palestinian conflict with Israel based on the existence of two states with the agreement of both sides on the status of Jerusalem within the framework of the peace process.