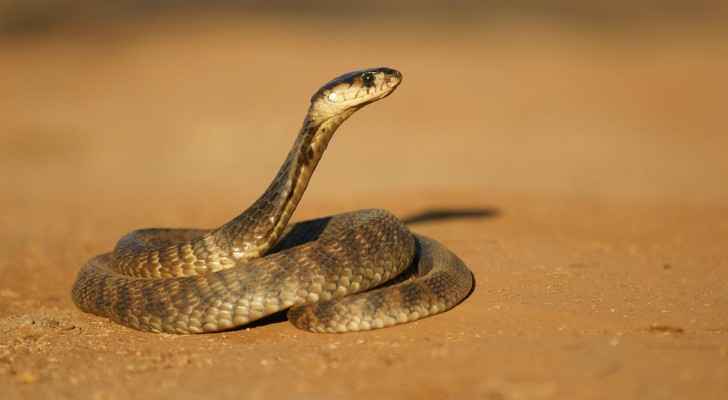 A mother in South Africa had the fright of her life after lifting her five-year-old daughter off the toilet to see a spitting cobra slithering towards them, according to News24.

The deadly snake was curled around the U-bend and the unaware girl had used the toilet without seeing it.

Her mother, Juliette Roos, shouted for help and her husband Johan rushed into the cubicle to battle the surprise reptile with a curtain rail.

"I went ice cold," said Roos, who was able to keep her daughter calm, News24 stated.

However, the Mozambique spitting cobra slid off the pole and dropped back into the water in the bottom of the bowl, before turning around and disappearing back along the pipe.

"It was very scary and something that only happens in movies. My unaware daughter had just used the toilet," Roos told News24.

Roos added, "I will never go to the toilet ever again without looking twice."

These snakes are highly venomous and their venom is cytotoxic, which might cause massive swelling and loss of tissue and are the most common venomous species in eastern South Africa, Durban-based snake expert Byron Zimmerman said.

"They spit their venom as well, so eye protection is advised if dealing with them," he added.

Cobras may grow to more than six feet, spit venom up to 10 feet and their bite may cause death if medical treatment is not quickly given.