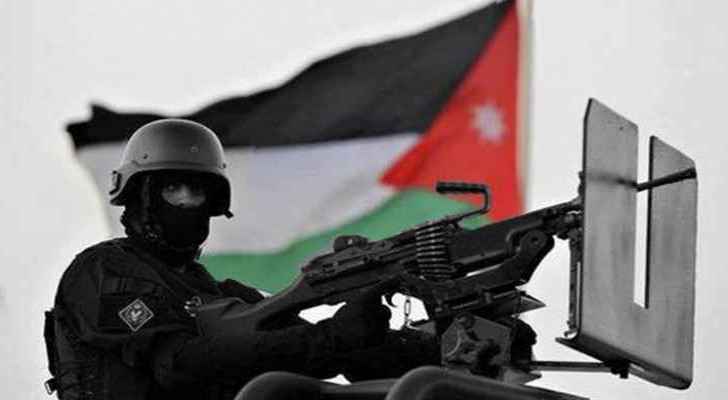 The General Intelligence Service (GID) has foiled 94 terrorist attacks inside and outside the Kingdom last year, Jordan Times reported on Sunday.

Fares Braizat chairman of the NAMA Center for Strategic Consultancy, wrote that in 2018 alone, the Directorate of General Intelligence and the Counterterrorism foiled 62 terrorist operations abroad and 32 internal operations.

"This is a global service based on Jordan's conviction that terrorism is an enemy for all. One can only imagine the chaos that could have occurred at the global and local levels if only a few of these operations were carried out."

"The above evidence shows that the threat of terrorism has not faded and will not fade any time soon, and that terrorism has its roots in intolerance, injustice and ideologies hostile to others."

"The terrorists are intolerant fanatics and will remain important as governments fight them locally and globally, so the war against terrorism goes beyond clandestine underground operations and needs a firm conviction not only among those who fight terrorism but must reach their political, social and operational environments" .

"At the political level, George Tenet, the former head of the CIA, wrote in his book Bill Harlow, “In the Eye of the Storm” an insight into the impact of political elongation on counter-terrorism. The financial requirements that his agency needed when it requested them in the years before September 11, 2001. It was possible to avoid risks and to thwart the September 11 attacks if politicians were convinced that the necessary resources would be allocated in a timely manner. "

In comparison, in a resource-poor country such as Jordan, the conviction that counter-terrorism has to be more successful than similar agencies in other countries has far higher allocations than the Jordanian ones.

The global service provided by Jordan stems from a strong historical conviction in the fight against terrorism and not to serve other countries but for the global public good. Terrorism has hit Jordan since the 1950s with the assassination of King Abdullah I, Prime Minister Hazza al-Majali and Prime Minister Wasfi al-Tal, diplomats, hijacking aircraft, seizing buildings, planting bombs in public buildings, targeting security facilities and personnel and attacking civilians.

David Ignatius' novel, "The Body of Lies," is fictional but is based on real events, presenting a good idea of the Jordanian General Intelligence War with terrorism and how Jordan dismantled a complex terrorist organization with few resources.

Jordan's nearly 70-year war on terrorism has made it a pioneer and innovator in strategic and tactical tactics and a center of information. Preventing and combating terrorism and its incubator environments require not only a global effort, but more importantly, timely data transfer.

Jordan's allies in the war against terror, as well as its enemies know Jordan well, and must also know that Jordan is committed to the global effort to fight terrorism as a strategic conviction, not a tactical policy, continued Braizat.

It would be useful to know how many operations have been thwarted by other intelligence agencies to build a better awareness of what is happening behind the scenes, so that we can live while they work for the safety and well-being of people. Civil institutions must continue their duties in order to guarantee the success of the security and military services.