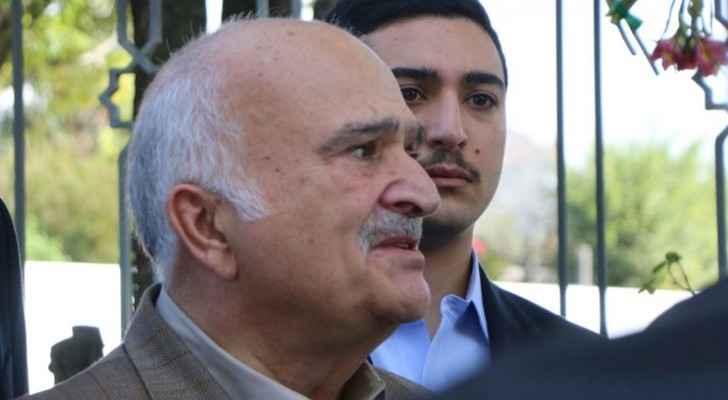 His Highness the Prince began his visit to the Christchurch Hospital were injured Jordanians are getting treatment and conveyed HM the King’s greetings and wishes for speedy recovery. HRH also visited the Syrian child who had lost both father and brother in the attack and lived with his family in Jordan for years.

At the end of his visit to Christchurch Hospital, HRH Prince El Hassan exchanged talks with a number of New Zealanders who were in front of the hospital gate.

He also telephoned the family of Wassim Daraghmeh and his daughter Elaine, who were injured in the terrorist attack and are currently receiving treatment in Auckland.

Prince Hassan also paid a visit to a house of condolence for the Jordanians who died in the terrorist attack, and conveyed the King's condolences to the families and relatives.

The Prince stressed the importance of solidarity of the Jordanian community in New Zealand, and to stand by each other in such difficult times, praising the humanitarian way the New Zealand government and its people dealt with the repercussions of the terrorist attack.

Prince Al Hassan also visited Al Noor and the Linwood mosque who were targeted by the terrorist attack, and placed two wreaths of flowers at the entrances. His Highness also met with members of the Muslim community in New Zealand. In statements to journalists from New Zealand and international media organizations following the visit of Al-Noor Mosque, he expressed his appreciation for the great humanitarian efforts offered by the New Zealand authorities and medical personnel to help the injured, stressing that Jordan stands with New Zealand in these difficult circumstances.

He described the shootings as "a moment of deep anguish for all of humanity".
"We stand together proud of our commitment to peace in this beautiful country of New Zealand which has so much to teach us in terms of the solidarity and the human love and compassion that has been so manifest," he said.