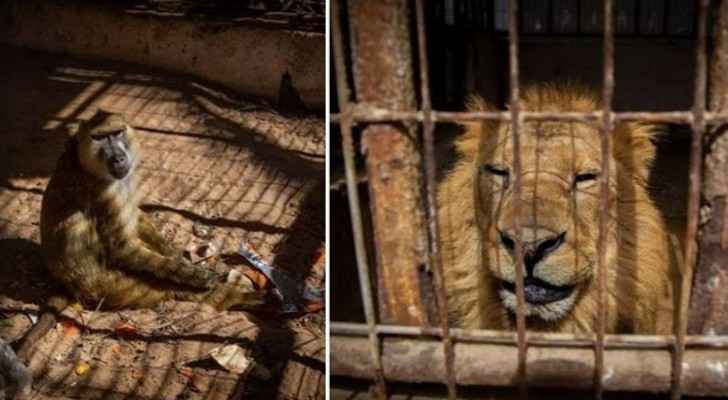 Forty animals, including five lions, are to be rescued from squalid conditions in the Gaza Strip to Jordan at the end of March by Four Paws organization.

Among the other animals to be taken out were a hyena, monkeys, wolves, and porcupines, the organization said in a statement.

The animals would be treated and sedated, before being taken to Jordan, Four Paws added.

“For far too long, the animals of Rafah Zoo have had to live under unimaginably dreadful conditions,” said Four Paws veterinarian and head of mission Amir Khalil.

“We are happy to finally put an end to this horror,” he said in the statement.

At the beginning of 2019, Gaza's oldest zoo in Rafah attracted worldwide attention, when four lion cubs froze to death there due to the harsh weather and poor keeping conditions.

A few weeks later, a 14-month-old lioness was forever mutilated by the brutal and unprofessional removal of her claws.

In 2016 Four Paws helped facilitate the transfer of the sole tiger in the Gaza Strip, with it eventually relocated to South Africa. COVID-19 infections recorded among gorillas ‘on the brink’ ....

COVID-19 infections recorded among gorillas ‘on ....

COVID-19 infections recorded among gorillas ‘on ....