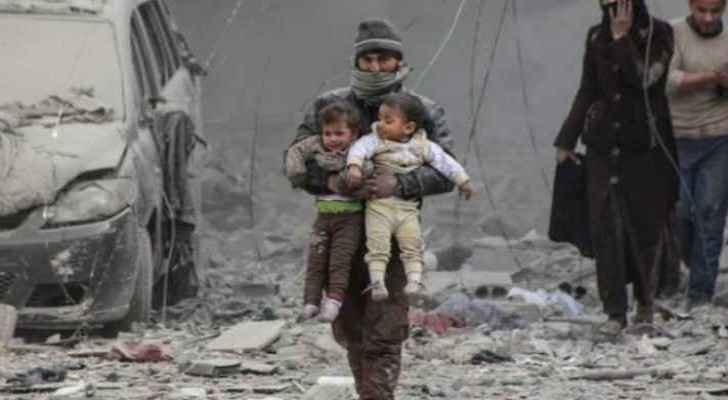 Since the outbreak of the Syrian war eight years ago, more than 370,000 people have died, including more than 112,000 civilians, the Syrian Observatory said Friday.

Since mid-March 2011, Syria has witnessed a bloody conflict, which began with peaceful protests against the regime, which were soon met with repression and force before it became a destructive, multi-party war.

The latest toll according to the Observatory on 13 September was more than 360,000 deaths.

With regard to non-civilian deaths, the Observatory counted the deaths of more than 125,000 members of the regime and its pro-Syrian and non-Syrian armed forces, more than half of them Syrian soldiers, including 1,677 members of the Lebanese Hezbollah, which has been openly fighting in Syria since 2013 .

In contrast, at least 67,000 fighters from the opposition and terrorist factions and Syria's democratic forces, the most important of which are Kurdish units, have been killed.

Some 66,000 terrorist fighters from ISIS and Jabhat Fatah al-Sham (the former Nasra Front), as well as foreign fighters of other extremist militant factions, have been killed.

According to the Observatory, these statistics include those whose deaths were documented during the fighting but does not include those who died as a result of torture in government prisons or missing persons and detainees in several places in Syria.

Apart from human losses, the conflict has caused massive destruction of infrastructure, estimated by the United Nations to cost about $ 400 billion. It also displaced more than half of the population both inside and outside the country.

The Syrian government forces now control about two-thirds of the country's territory after it managed to resolve several fronts at the expense of the opposition factions and jihadists, thanks to the support of its allies, especially Russia, since the start of military intervention in September 2015.

Several areas remain outside the control of government forces, most notably Kurdish-dominated areas of oil and gas fields in the north and northeast of the country.

The Kurdish and Arab factions backed by the US-led international coalition are still fighting battles in eastern Syria to crack down on the terrorist organization ISIS.

Jabhat Fatah al-Sham controls Idlib in the Northwest, which houses about 3 million people, half of whom are displaced from other provinces.

A Russian-Turkish agreement reached in September protects the province from an attack Damascus has long threatened to launch. Idlib has been the target of an escalation in recent weeks.