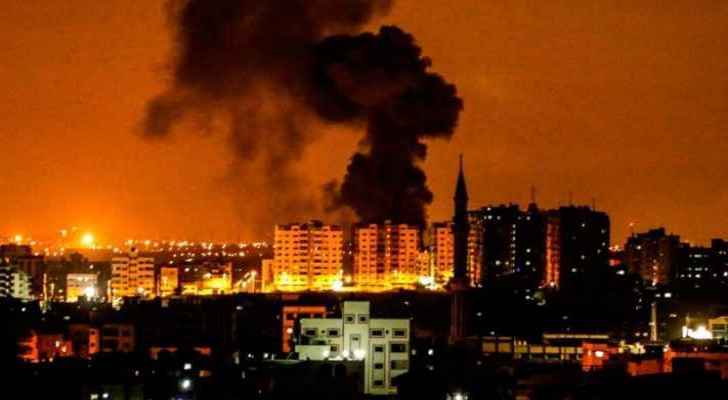 The Israeli army announced that it carried out at dawn on Friday about a hundred raids on sites belonging to Hamas in the Gaza Strip, in response to the launch of two missiles from the Strip towards Tel Aviv.

The army said in a statement that "warplanes, attack helicopters and aircraft of the Defense Forces attacked on Friday night about 100 targets of Hamas in the Gaza Strip."

The Israeli army said in a statement that the targets included a compound used by Hamas to coordinate operations in the West Bank, as well as "a manufacturing site for rockets" in the Gaza Strip.

Jordanians injured in Beirut and rescue teams struggle to ....

Jordanians injured in Beirut and rescue ....