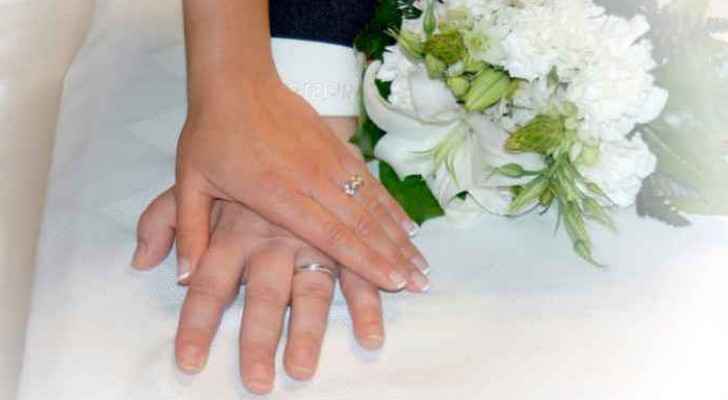 The report also shows that marriage rates reached 55.5% of the total population (15 years and above).

The report also showed that the average size of a Jordanian family consisted of 4.8 persons, and the number of families reached 2085.7 thousand families.

SIGI pointed out that these rates are mostly due to the deteriorating economic and social conditions.

The latest reports also showed a rise in the average age of married males to 32 years and females up to 26 years, with a decrease of 4.8% in marriage contracts during 2017.

SIGI highlighted that the high rates of unemployment among males and females, the low participation of women in the economy, and the demographic and social changes all contributed in some way to the reluctance of young men and women to marry.

Despite the decline in the average age of married females, SIGI added, in 2017, Shari'a Courts recorded 77700 marriages, 10434 of which were of minors aged between 15-18 years; marking an alarming 13.4% of the total marriages in Jordan.