9 Sudanese women protesters sentenced to 20 lashes, a month in prison

9 Sudanese women protesters sentenced to 20 lashes, a month in prison 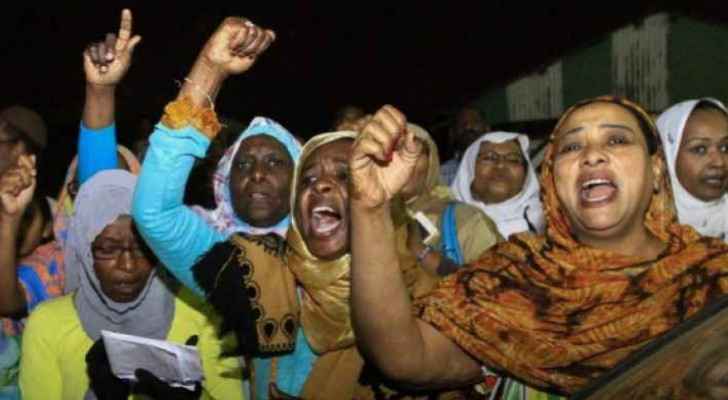 The Democratic Alliance of Lawyers said that A Sudanese emergency court sentenced 9 Sudanese women to 20 lashes and a month in prison for participating in an unauthorized demonstration.

The trial comes a day after President Omar al-Bashir ordered the release of all women detained in anti-government demonstrations, in a move that coincided with International Women's Day.

Bashir declared a state of emergency last month that produced a raft of measures including the establishment of emergency courts across the country such as the one in Khartoum that convicted the nine women.

The nine women protesters were taken to court after they were arrested on Thursday for participating in a "banned demonstration" earlier that day in the capital's eastern district of Burri.

The Democratic Alliance of Lawyers said that more than 800 people have been tried in the emergency courts.

Protests against Bashir and his National Congress Party have taken place almost daily since the 19th of December in towns and cities all over Sudan, in what has become the most sustained popular challenge to him since he took power in a coup 30 years ago.

Hundreds protested in Khartoum and Omdurman that day, undeterred by the emergency measures.

The Sudanese Professionals’ Association called for fresh demonstrations in Omdurman on Sunday.