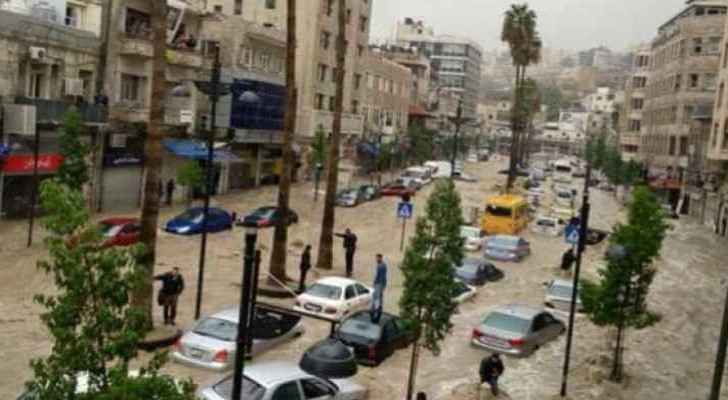 Al-Rai newspaper said that the committee set up by the Greater Amman Municipality (GA) Council to verify the actions taken by the GAM before and during the last air depression that affected the capital and caused severe damage in a number of areas, have attended a meeting. The report of the committee will be ready for delivery at the beginning of next week.

The head of the committee, Mazen Attiyah, told Al-Rai that after the completion of the report, GAM will request an emergency session of the council to present its recommendations and to submit them to the higher authorities to take decisions regarding what happened in Downtown Amman.

Attiyah said that the verification committee has also sent a letter to the Mayor of Amman asking for a number of concerned officials to attend the committee meeting in order to determine the place of negligence and shortcomings.

He pointed out that the committee sent a letter to the Mayor of Amman asking for the attendance of 19 directors, including two deputy directors of the city, four executive directors, six managers and two district directors and heads of environmental departments.

Attiyah said that for three seasons floods have been occurring and causing heavy losses to traders, he added that the purpose of this Committee is to find out the causes of the reoccurrences of these floods, as well as to find solutions to the problem.

He stressed that it is unreasonable that the Amman Municipality and its cadres as well as the managers were absent at the flood sites during the peak hour, as claimed by traders, citizens and the affected.