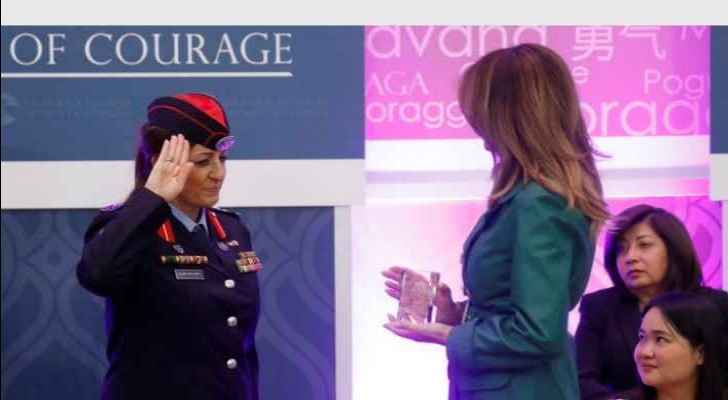 First Lady Melania Trump and US Secretary of State Mike Pompeo handed the award to Colonel Twal. 10 women from around the world, including Twal, were honored in conjunction with International Women’s Day.

Colonel Tawal is one of the highest-ranking women in the country's security services, she received the award in recognition of the outstanding achievements she made over her long career and her contribution to supporting the role of women in the Kingdom.

Colonel Tawal is the second Jordanian woman to win this award, the lawyer and human rights activist, Eva Abu Halaweh was awarded the International Women of Courage Award of 2011.

Halaweh won the award for dedicating her career to advocating for the vulnerable people of Jordan, including women at risk of becoming victims of ‘honor crimes’.

She would not only volunteer to take cases but, at times, would also pay the costs of court, transportation and anything related to that.

Since the awards were first given in 2007, the department has recognized more than 120 women from more than 65 countries for advocating for human rights, women's rights and peace and government transparency.