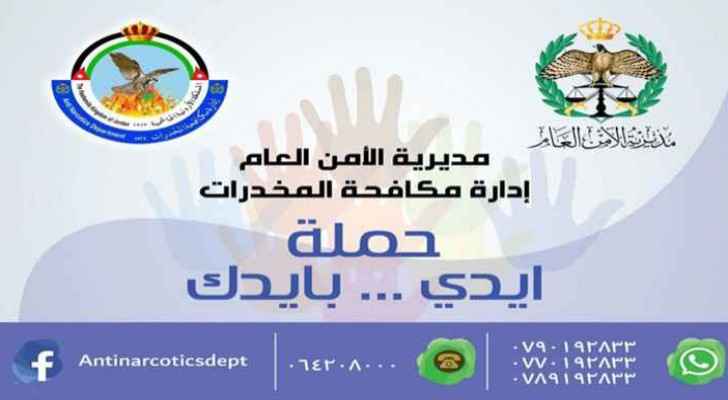 The Anti-Narcotics Department has recently launched on Thursday morning, March 7, 2019, a new national campaign aimed at highlighting the dangers of drugs.

The campaign, entitled ‘My Hand in your Hand’, aims at emphasizing the importance of involving citizens in tackling the harmful effects of drugs that affect the safety of the Jordanian society and economy.

'My Hand in your Hand' seeks to raise awareness of the significant negative mental and physical effects that may be caused by narcotics, in addition to introducing ways of reporting anyone who deals, promotes, sells or uses drugs.

‘My Hand in your Hand’ includes a program, which enables all targeted groups to take action against such threats.

The campaign is launched in collaboration with other official and civil institutions, including educational institutions, universities, mosques and places of worship, in addition to various media and social media platforms.