Will GAM be prepared this time to face Tuesday's weather depression?

Will GAM be prepared this time to face Tuesday's weather depression? 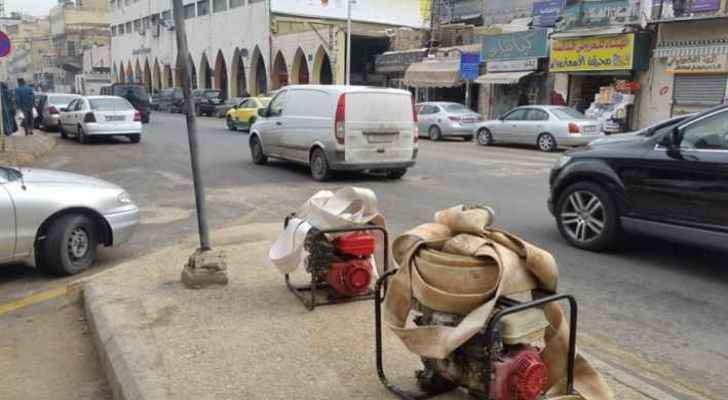 The Greater Amman Municipality (GAM) began its preparations to face the coming weather depression that is reaching the Kingdome on Tuesday.

GAMs cadres are currently spread out on Quraish street in Downtown with water pumps at the ready to prevent accumulation of water and any flooding.

24 out of 48 members of GAM council agreed on holding Amman city director, Omar Lawzi, responsible for the damage caused to shops and streets in Downtown Amman last Thursday, a source at GAM said.

The source added that members of GAM Council asked Amman's Mayor, Yousef Al Shawarbeh, to dismiss Lawzi holding him accountable for the disasters that happened.