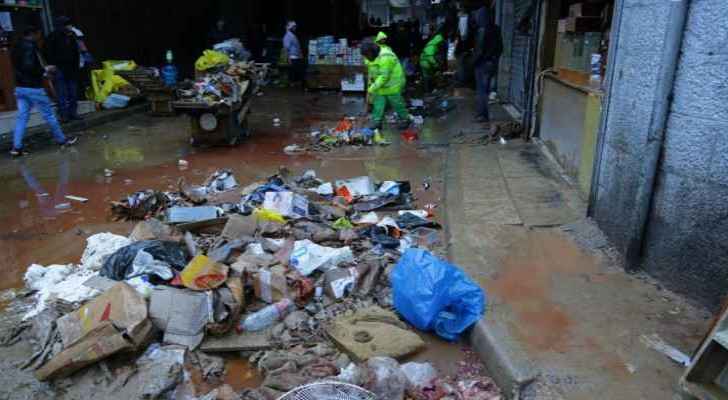 The Textile and Readymade Clothes Syndicate blamed the Greater Amman Municipality (GAM) for the Downtown floods on Thursday, and called on GAM to take full responsibility.

The syndicate called in a statement on Monday for GAM to be held accountable for all material losses caused by the floods to the merchants of Downtown Amman, due to the apparent negligence by the municipality in the maintenance of the drainage networks.

"The municipality should be obliged to compensate the merchants in Downtown for the heavy losses caused by rainwater and floods that raided their shops and warehouses," the statement said, and demanded that all merchants in Downtown be exempted from license and waste fees for the next five years, instead of two like GAM earlier stated.

The statement also called that all customs duties and sales taxes be refunded to the importers, who have suffered damage to their goods as a result of the flooding.

It also called for compensating traders in an urgent manner for the material losses incurred due to the tragic economic situation that befell the merchant in Downtown, and not to procrastinate by waiting for committees’ reports and so forth.