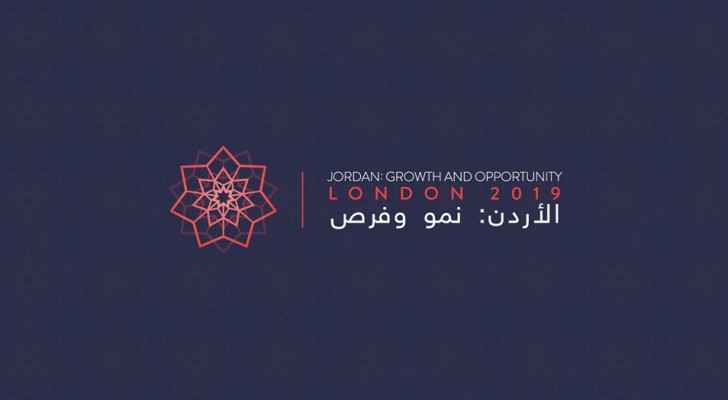 On 28 February 2019, the Honourable Theresa May MP, Prime Minister of the United Kingdom, and His Majesty King Abdullah II of the Hashemite Kingdom of Jordan hosted “Jordan: Growth and Opportunity” at the London Initiative 2019, a new initiative designed to lay the foundations to unlock growth, jobs and investment for Jordan. The Initiative marks the start of a new partnership approach between Jordan and the international community in pursuit of Jordan’s sustainable growth and self-reliance. The conference brought together senior government officials, distinguished members of multilateral development and financial organizations and civil society, high-level investors and business people from over 60 countries and international organisations to help support Jordan transition to a more productive, competitive and equitable economy for the benefit of all those who live there.

From Resilience to Growth: Towards Economic Transformation

Throughout the years of conflict in the Middle East, Jordan has played a vital role in promoting regional stability and moderation, as well as supporting the international effort to counter terrorism and extremism. Furthermore, Jordan is contributing a global public good by continuing to host and support significant numbers of refugees. Jordan’s long-term economic sustainability is critically important to the international community. The conference saw the international community reiterate the strength of its partnership with Jordan, and declare that it is determined to do all it can to support Jordan’s long-term stability and prosperity.

Prudent policy has kept Jordan’s economy remarkably resilient to significant external shocks. Over the past decade, Jordan was struck by multiple external shocks, most significant of which was the disruption of the natural gas supply from Egypt, closure of borders with Iraq and Syria, as well as two of the main export markets and routes; and the mass influx of Syrian refugees. Jordan’s economy has managed to weather the storm. In this context, Jordan has been implementing macro-economic and fiscal adjustment equalling around 14% of GDP, in line with Jordan’s Extended Fund Facility arrangement with the IMF. Jordan also has intensified its reform efforts, mainly directed to improving the business and investment environment. As his Excellency Prime Minster Razzaz said in his key note speech, historically, Jordan has faced regional shocks one after another, yet Jordan has done and will continue to do everything in its power to develop by doing good for Jordan and others in our region and our partners around the world.

The time is now right for a renewed focus on growth and economic transformation. The next five years offer an unprecedented opportunity for growth for businesses and investors, driven by Jordan’s young, diverse and educated population. 75% of the Arabic content on the internet is generated in Jordan, extraordinary for a country of Jordan’s size. With ongoing economic growth reform, the re-opening of the border with Iraq and an uptick in sectors such as tourism and a promising start-up scene, there is a real sense of optimism.

Jordan is in an ideal position to benefit from a future full of emerging opportunities. Jordan is a powerhouse of talented, aspiring young people – 68% of Jordan’s population are below the age of 30 and full of aspirations. Furthermore, its central geo-strategic position, connecting continents and markets, and its respected international role, stands behind its established trade relationships and numerous FTAs.

Jordan has set out a credible vision – and detailed agenda – to achieve economic transformation. HM King Abdullah II articulated in his speech an inspiring vision of a self-reliant, prosperous and inclusive country. HM’s vision focuses on economic transformation: moving to private-sector growth powered by Jordan’s highly-educated young population moving into jobs in high-end service exports and entrepreneurialism. This is a shift in focus to future-proofed sectors such as professional and business services, logistics, technology and tourism, along with improving education quality to power the economy of tomorrow. This vision is anchored on three main pillars that define the London Initiative; robust reforms to stimulate inclusive growth and job creation, especially for women; measures to improve macroeconomic and fiscal stability; and an enabling business environment to attract investments. This vision was further emphasized upon by Jordan’s Prime Minister Omar Razzaz and all Jordanian officials throughout the sessions of the Conference. Businesses, investors and global political leaders endorsed this vision as a clear and credible model for future growth that directly creates new jobs for Jordanians.

The London Initiative to unlock growth jobs and investment for Jordan

The London Initiative is a five-year pathway to unlocking growth, investment and jobs for Jordan, designed by Jordan. The focus is squarely on implementation. It includes three areas where Jordan and the international community can partner together in support of lasting change, a set of implementation principles to guide delivery, and a follow-up mechanism to ensure commitments are fulfilled.

Pillar I: Robust and realistic reforms to stimulate growth: The Government of Jordan set out its strategy for the coming five years through launching the Growth and Reform Matrix; which comprises a set of sequenced and prioritized structural reforms over the coming five years. The Matrix was developed in close coordination with Jordan’s development partners, and covers cross-cutting as well as vertical themes with the aim to improve the efficiency of the private sector, reduce business costs, and promote exports and investments.

The implementation of the reforms within the matrix has already started. Over the last twelve months, Jordan has made significant progress in implementing these reforms, including those that will unlock new opportunities for business. These reforms include, but are not limited to:

Guaranteed predictability of regulations through the adoption of the Regulatory Predictability Framework, which makes it mandatory for all business-related regulations to go through a Public-Private Dialogue process.

The international community recognizes the substantial effort by the Government of Jordan, and agrees that implementation of the Matrix is a priority area of support. Development partners have launched a variety of technical assistance modalities to support Jordan to implement the matrix including a WB/UK Trust Fund and US support to a new instrument which will help implement the Matrix/ list international commitments.

Youth, women and refugees – A delegation of Jordanian youth leaders and young entrepreneurs participated in the conference. They advocated for an economic transformation that creates private sector jobs. Jordan’s youth entrepreneurs demonstrated they are role models for young people themselves generating jobs and growth. The Government of Jordan has set out ambitious commitments for women’s employment. These include goals to increase women’s labour market participation by 5% by 2025, to ensure working women have affordable childcare and create more childcare jobs for women, and to reach the very poorest women through social safety nets. The Government is also committed to legal reforms to remove occupational, sector and other restrictions to women in the workplace as well as shifting specific social norms constraining women’s employment choices The Government is prioritising women’s mobility and access to employment opportunities, through better public transport. The international community remains steadfast in its support to the Government of Jordan for its hosting of refugees to ensure that refugees have quality education, cash assistance for vulnerable households, and improved employment opportunities.

Pillar II: Debt sustainability calls for international support to achieve it. Jordan needs increased financing to assuage medium-term risks to its macroeconomic stability; but also to allow the fiscal space needed to invest in growth. The Government of Jordan presented a comprehensive medium-term financing strategy that moves its debt to a sustainable footing, through maximizing grants and highly concessional financing. Jordan, throughout the Conference, showed concrete commitment to its fiscal reform program under the IMF Extended Fund Facility. The international community agreed that external financing must move to more sustainable modalities and clearly linked to implementation of reform.

Pillar III: Attracting private sector investment in key commercial opportunities. The private sector will be the engine of long-term growth for Jordan. Jordan is committed to creating new opportunities for business through ambitious investment climate reform. The Government of Jordan announced the creation of a new Projects Pipeline Development Facility with a pipeline of 120 investment opportunities in strategic growth sectors over the coming 20 years, including 26 for 2019 alone. Substantive focal sessions were held to unlock opportunities in strategic growth sectors in tourism, professional services and technology and entrepreneurism. These sessions were genuine two-way conversations, which have begun a long-term dialogue on how to unlock specific opportunities for growth, and the Government of Jordan has committed to continue dialogue with the private sector across all economic policy and growth issues.

A new Partnership between the International Community and Jordan

The international community needs to back this effort to make it a success. The key to unlocking growth in Jordan is successful implementation of the Government’s plans for reform. The challenge is significant, and economic transformation will be disruptive and will take time. For this economic transformation to become a reality, Jordan will need the support of the international and regional stakeholders to better target and coordinate their support for economic reform, to enable Jordan to create stable macro-economic environment for those reforms to mature. Jordan’s development partners should, therefore, align their support towards backing Jordan’s vision for economic growth and plans for reform. This will also require the optimal financing modalities to fuel the reform plan in a sustained manner over the medium term.

Principles for engagement: The initiative is framed by 5 key principles that Jordan proposes to frame its partnership with the international community to deliver economic growth and sustainability:

2- Economic growth is a priority area for support. Growth is the only long-term term way of mitigating economic risks, and supporting the prosperity of all Jordanians and refugees in Jordan. Bilateral, multilateral, NGO and private sector implementing agencies should look to significantly enhance their work on growth, creating stable conditions for reforms to mature and actively crowding in the private sector.

3- International partners should better align assistance behind Jordan’s priorities. The most effective support from international partners will be to align their economic support behind Jordan’s Five-Year Growth and Reform Matrix and Debt Financing Strategy. Coherence in delivery is critical to ensure successful implementation of the London Initiative. Support should be clearly linked to implementation, to ensure efficient targeting of growth-stimulating projects.

4- Transition to long-term and sustainable assistance strategies, including actively crowding in the private sector. International partners should look to transition to more long-term and sustainable assistance strategies, including through grants, concessional financing and loan guarantees. The link between payments and results should be strengthened. Support should be clearly linked to implementation of the economic transformation agenda with support being provided in sequence with implementation. Concessional finance must be linked to and provided in the context of Jordan’s IMF programme.

The Government of Jordan has created a robust governance structure to implement its reform plan. A Reform Secretariat was established to track progress and report to the Ministerial Economic Team chaired by the Prime Minister.

The Initiative launched a clear follow-up mechanism to ensure that commitments in London are delivered: the Jordan Task Force. This will be a joint effort between UK, Jordan, donors, private sector, civil society and IFIs and be jointly chaired by the Government of Jordan and by the United Kingdom. The committee will convene every six months to review outcomes and provide advice and suggestions as needed (e.g. in areas where activity had stalled or where progress could be expedited) to maximise the impact on Jordan’s growth. As a sub-objective, the group would also act as a regular staging post for communicating progress against reform initiatives, and real-world impact, to the wider international business community and Jordanian population. On the private sector, the UK and Jordan will work closely together to follow-up with the business interest that was raised in London in order to turn this interest into investment in the medium-term.