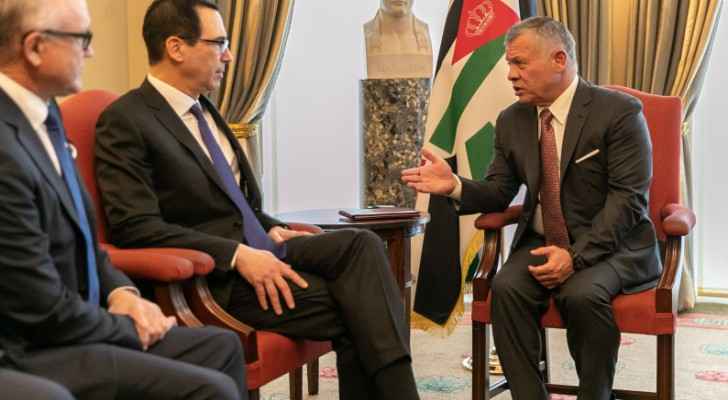 His Majesty King Abdullah on Friday met with US Secretary of the Treasury Steven Mnuchin, who represented the United States at the London Conference Initiative hosted by the British government in cooperation with the Jordanian government on Thursday to support Jordan’s economy.

At the meeting, attended by Prime Minister Omar Razzaz, King Abdullah thanked the United States for participating in the conference and for the support it provides for Jordan.

The meeting also covered the strategic partnership between Jordan and the United States, and means to enhance economic cooperation.

Secretary Mnuchin commended the reforms and plans implemented by Jordan and highlighted at the London Initiative Conference to stimulate economic growth and investment while creating job opportunities, affirming the United States’ continuing commitment to supporting Jordan in various areas.