Razzaz: Our focus is on stimulating economic growth and job creation

Razzaz: Our focus is on stimulating economic growth and job creation 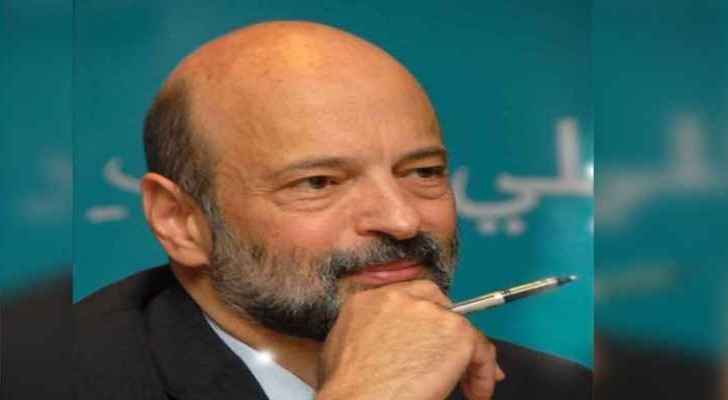 Prime Minister Omar Razzaz stressed that Jordan's immediate focus is on stimulating economic growth in order to provide greater opportunities for citizens now and in the future.

"Jordan recognizes that its path to sustainable and just economic growth involves a significant increase in exports and foreign direct investment and the strengthening of its competitive operational capacity," the Prime <inister said in a speech at the London 2019 Initiative organized by the British government in cooperation with the Jordanian government.

He pointed out that Jordan has developed a five-year reform and growth matrix that combines short and medium-term measures to achieve realistic economic growth with key measures and results. "This matrix is designed not only to create employment opportunities but also to create an enabling economic environment to enable educated and skilled Jordanian citizens, especially women and young people, in leading fields in Jordan such as business services, technology, healthcare, tourism, engineering and logistics."

He pointed to measures taken to achieve macroeconomic stability, stimulate economic growth, reduce the cost of energy and unleash the enormous human capital potential in Jordan, stressing that the government, since taking over its responsibilities eight months ago, has worked with parliament to introduce a range of necessary measures, reducing public spending and enacting a new income tax law that would fortify the state's financial foundations.

Razzaz said that the government launched its plan of action, which is focused on improving people's lives, based on three pillars: strengthening the rule of law and governance, providing better public services, driving economic growth, productivity and job creation.

The Prime Minister reviewed several major reforms, including ensuring the efficiency and transparency of procurement, strengthening the requirements of the financial disclosure laws for the misappropriation of Jordanian government officials, and enacting bold new labor laws designed to encourage women's participation in the labor force.

PM Razzaz expressed his confidence that Jordan is now well placed to invest and grow, whether in the outsourcing business operations, reconstruction efforts in neighboring countries or export of goods using exceptional free trade agreements with the United States, Europe and countries in the region and beyond.

"We have created a valuable tool for investors in cooperation with our international project development partners, which are preparing to develop public-private partnership projects that will attract investment in key sectors such as water, health, ICT, tourism, waste management and transportation.

The Prime Minister pointed out that Jordan is living in a troubled neighborhood. "While our presence in this region is destiny, what Jordan chose to do with its geopolitical conditions was determination," he said, stressing that Jordan chose in this complex and turbulent region to uphold the simple morality of developing our country by doing good for ourselves and others.

"Although we have had a difficult time, we are also at one of the most pivotal points in our history," he said.

He pointed out the ‘Support Syria and the Region’ conference, held in London in 2016, which focused on the international impact of the Syrian refugee crisis, stressing that the effect on Jordan was the entry of 1.3 million Syrians in less than five years. "The impact on our structure, infrastructure and our economy is enormous”. According to World Bank estimates, Jordan's open-door policy toward Syrian refugees costs the Kingdom $ 2.5 billion, annually.

"At the time, His Majesty King Abdullah II warned that Jordan had reached boiling point," said Razzaz. "It is gratifying that some assistance and support came from the international community. This gave Jordan, in a determined, creative and constructive manner, a stabilizing situation and a way to continue to do good, by serving our people, and by including refugees in education and health services.”

The Prime Minister stressed that the repeated turmoil in energy supplies from regional sources has taught us the importance of energy diversification and self-reliance, pointing to Jordan's record of the highly promising energy sector, which is barely being exploited.

"Jordan is in a good position to benefit from a future full of emerging opportunities," he said, stressing that Jordan now sees energy as part of the solution, rather than seeing it as a problem.

He pointed out that the targeted investments in the energy sector in Jordan are working to launch a positive time cycle in the national economy, which leads to reduced production costs and the transition to a green economy, allowing large and small companies to become more competitive, pointing out that energy is just one of the sectors we plan to target with our international partners to unlock Jordan's full potential, which applies to many other sectors with the same dynamic potential.

"Historically, Jordan has faced regional shocks one after another, yet Jordan has done and will continue to do everything in its power to develop our country by doing good for ourselves and others in our region and our partners around the world."