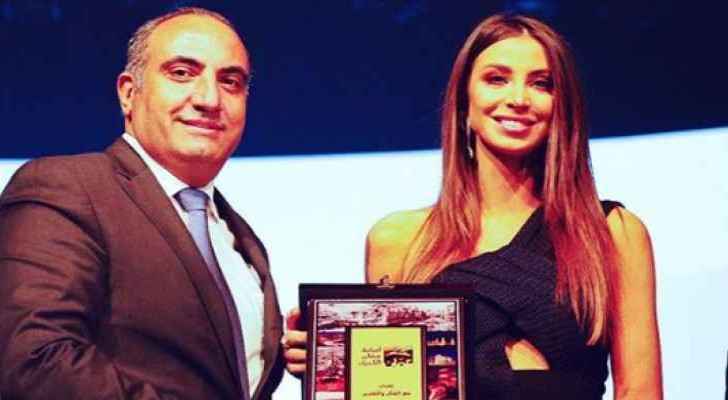 "They take grants from Kuwait worth billions to honor Arab actresses and tv presenters. What's wrong with the Nashama," Dashti said in a tweet.

"I am not gloating over the bad economic situation in Jordan, but is it reasonable that unemployed youth march dozens of kilometers, while the Greater Amman Municipality holds a ceremony, which is provoking to Jordanians, to honor a number of ‘unknowns'? Is it reasonable that a Jordanian says to an actress ‘We can do anything you want in Amman?’" He stated in another tweet.

"We are not against Jordan or Jordanians. We are against corruption, theft, enslavement and impoverishing people everywhere," a third tweet read.

"Dear Jordanian people.. do not be upset because you have one ‘Mutee’, we in Kuwait have a 1000 'Mutees’. The difference between us is that your ‘Mutee’ is imprisoned, while ours are at large and the country is governed and controlled by them.”

The ceremony was held in Amman, on Monday evening, February 25, 2019, during which a number of female artists were honored, notably of which were Halima Boland and Annabella Hilal, under the patronage of Amman's Mayor, Yousef Al Shawarbeh.

Former Jordanian MP Mohammad al-Khashman responded to Dashti’s statements via his Facebook account, saying: "Thank you for clarification ... We assure you, honorable former MP, that individual practices do not represent our people nor our policy."

He added: "We assure you of our love and pride in you and the brotherly people of Kuwait by always standing by our side in all circumstances ... May God keep you as our support and help, with all due appreciation and respect."