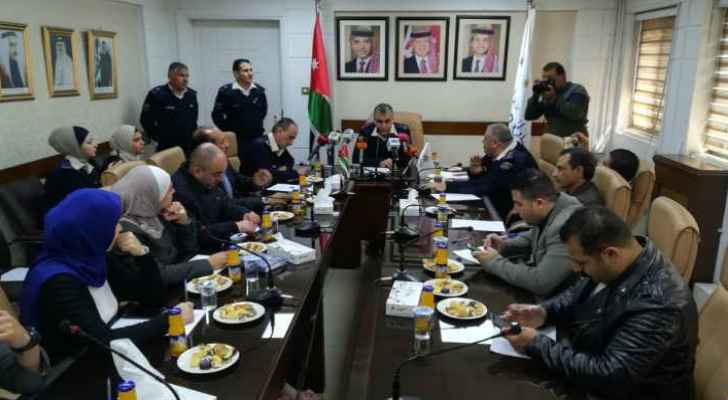 The cancellation of the Free Trade Agreement with Turkey came in order to protect local products and to tilt the trade balance between the two countries for the benefit of Turkey, Rahamna added, stressing that the impact of this decision on the revenues of the Jordan Customs will be visible after 3 months.

Regarding the latest amendments to the Customs Law, Rahamna explained that the most important of these amendments is the adoption of the Law Enforcement Officers.

Jordan customs requested an amendment, which allows the Director General of Customs to shut down shops that sell smuggled materials of any kind, Rahamna noted.

Jordan Customs intensified processes of inspecting vehicles coming to Jordan in order to limit smuggling of all kinds of goods, in particular, smuggled cigarettes and tobacco, which has increased recently.

In this regard, Rahamna explained that the cadres working at the Jordan Customs managed to thwart 200,000 attempts to smuggle cigarettes since the beginning of 2019, 75% of which were seized at the Jaber Border Crossing between Jordan and Syria.

Jordan Customs are currently applying the Customs Law, which prevents smugglers from traveling and arrests them at the responsible security authorities, instead of imposing fines and seizing smuggled goods as the law used to require before.