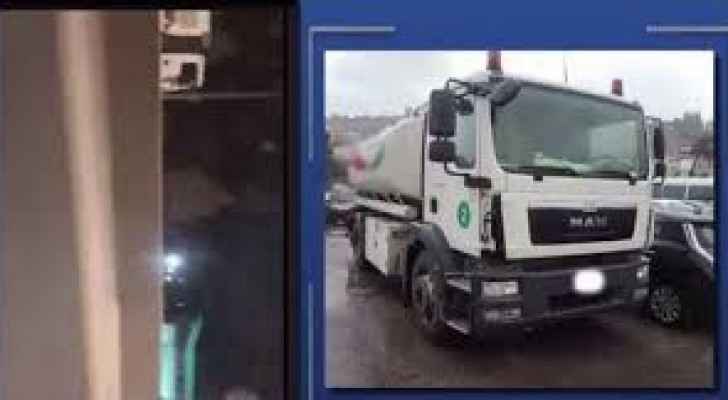 The security services caught on Wednesday, February 27, 2019, a fuel tanker driver, driving recklessly in the opposite direction in one of the main streets, separated by an island, in Amman.

The media spokesman for the Public Security Directorate (PSD) said that the driver endangered his life and other drivers' lives.

The tank was identified and booked, and the suitable legal measures will be taken against the reckless driver, the media spokesman added.