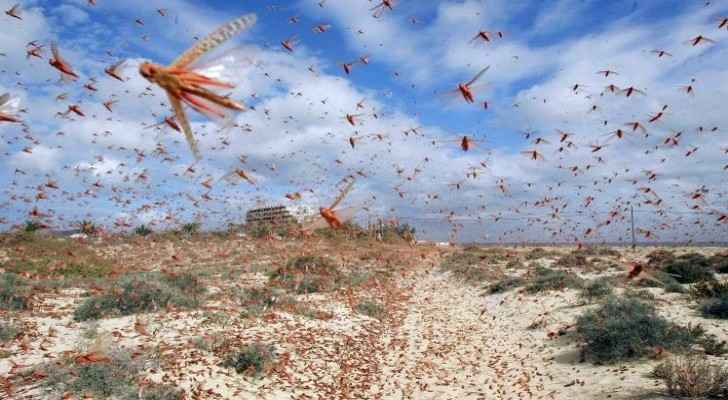 As expected, and due to information that Jordan is targeted by locust infestation, it was thought that small groups of locusts arrived in Aqaba on Monday evening, February 25, 2019, Governor of Aqaba, Saleh Al Nasrat said.

These groups have reached the southern port and pose no danger on the lands, Nasarat added, stressing that the control teams in the area eliminated them immediately.

After the responsible cadres examined the insects, it was found that what has been reported about small groups of locusts entering Aqaba, turned out to be grasshoppers and crickets, the Jordanian Ministry of Agriculture said in a recent statement.

Nasarat pointed out that the concerned authorities in Aqaba are fully prepared to deal with locusts during the coming hours and are in contact with the main operations room in the Ministry of Agriculture to provide the responsible members with the latest developments and to inform the Ministry if any locusts enter the area.

The Ministry of Agriculture also announced that 55 specialized control teams and 42 monitoring and survey teams, including 27 teams in the southern region, are fully equipped and ready.